Twisted Theology Is Protecting a Man Who Enjoys the Torture of Children, Says Rachael Denhollander

Robert Jeffress: The COVID-19 Vaccine Is the Best Way to Reopen Church

Domestic Abuse in the Jewish Community Surged Under COVID-19

Saturate: Being Disciples of Jesus in the Everyday Stuff of Life by Jeff Vanderstelt 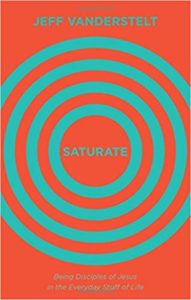 What does it look like to live for Jesus in the everyday stuff of life?

Many Christians have unwittingly embraced the idea that “church” is a once-a-week event rather than a community of Spirit-empowered people; that “ministry” is what pastors do on Sundays rather than the 24/7 calling of all believers; and that “discipleship” is a program rather than the normal state of every follower of Jesus.

Drawing on his experience as a pastor and church planter, Jeff Vanderstelt wants us to see that there’s more—much more—to the Christian life than sitting in a pew once a week. God has called his people to something bigger: a view of the Christian life that encompasses the ordinary, the extraordinary and everything in between.

flu·en·cy / noun
:the ability to speak a language easily and effectively

Even if they want to, many Christians find it hard to talk to others about Jesus. Is it possible this difficulty is because we’re trying to speak a language we haven’t actually spent time practicing?

To become fluent in a new language, you must immerse yourself in it until you actually start to think about life through it. Becoming fluent in the gospel happens the same way—after believing it, we have to intentionally rehearse it (to ourselves and to others) and immerse ourselves in its truths. Only then will we start to see how everything in our lives, from the mundane to the magnificent, is transformed by the hope of the gospel.

How the Nations Rage: Rethinking Faith and Politics in a Divided Age by Jonathan Leeman 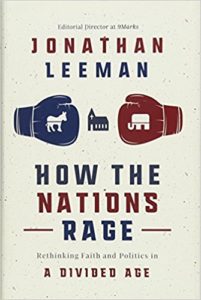 How can we move forward amid such political strife and cultural contention?

We live in a time of division. It shows up not just between political parties and ethnic groups and churches but also inside of them. As Christians, we’ve felt pushed to the outskirts of national public life, yet even then we are divided about how to respond. Some want to strengthen the evangelical voting bloc. Others focus on social-justice causes, and still others would abandon the public square altogether. What do we do when brothers and sisters in Christ sit next to each other in the pews but feel divided and angry? Is there a way forward?

Get How the Nations Rage

Everybody Always by Bob Goff 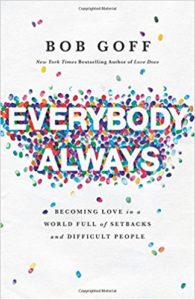 What happens when we give away love like we’re made of it?

In his entertaining and inspiring follow-up to the New York Times bestselling phenomenon Love Does, Bob Goff takes readers on a journey into the secret of living without fear, constraint or worry. The path toward the liberated existence we all long for is found in a truth as simple to say as it is hard to do: love people, even the difficult ones, without distinction and without limits.

Driven by Bob’s trademark storytelling, Everybody, Always reveals the lessons Bob learned—often the hard way—about what it means to love without inhibition, insecurity or restriction. From finding the right friends to discovering the upside of failure, Everybody, Always points the way to embodying love by doing the unexpected, the intimidating, the seemingly impossible. Whether losing his shoes while skydiving solo or befriending a Ugandan witch doctor, Bob steps into life with a no-limits embrace of others that is as infectious as it is extraordinarily ordinary. Everybody, Always reveals how we can do the same. 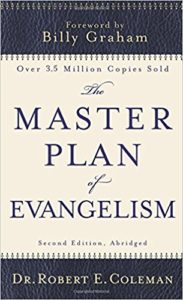 For more than 40 years this classic study has shown Christians how to minister to the people God brings into their lives. Instead of drawing on the latest popular fad or the newest selling technique, Dr. Robert E. Coleman looks to the Bible to find the answer to the question: What was Christ’s strategy for evangelism? This convenient, portable format has an updated look for a new generation of readers.

Get Master Plan of Evangelism

How Cancel Culture Looks a Lot Like Old-Fashioned Church Discipline

Five Types of Thinkers Every Pastor Must Know

20 Scriptural Benedictions You Can Use to Bless Your Church

Why Some Preachers Rely on Holy Ghostwriters and Other Pulpit Helps

The Roots of Christian Social Justice

How Much Should You Pay Your Pastor?

7 Excuses for Not Doing What God Calls Us to Do

10 Star Wars Quotes That (Might) Work in a Sermon