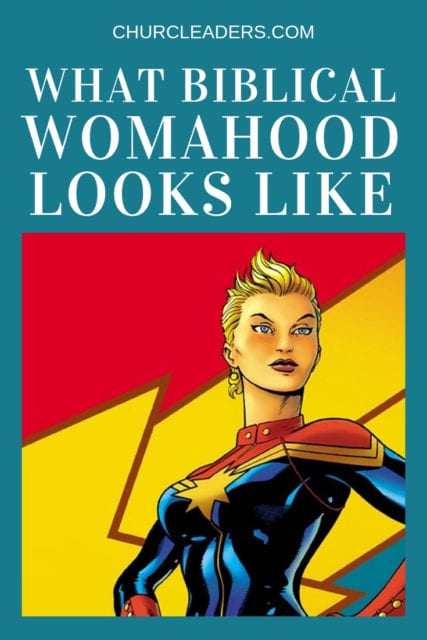 Time and space fail to make all the connections we could to women in the Bible—women of whom the world was not worthy—whose strength and self-sacrifice, whose virtuous womanhood and feminine beauty Carol Danvers, our Captain Marvel, reflects and encourages.

A Marvel and a Model

Captain Marvel is not a threat to biblical womanhood. Carol Danvers does not want to be a man. Nor do we get the idea that she wants to flatten or erase the distinctions between men and women, creating a sexless society. In her maturity, Danvers does not demand to be the hero or need to lead the fight. Instead, where she has gifts, ambitions, strengths and abilities, she desires to help subdue chaos and exercise dominion over a realm that promotes life.

Carol Danvers—Captain Marvel—is a strong, ambitious, compassionate and self-sacrificing woman. She uses her unique gifts in the setting she finds herself to serve others. She joins with others as a necessary ally, using her unique gifts and strength, to subdue and to exercise dominion. Her example and encouragement stir others, like Fury, to take the initiative in leadership, protection and provision.

Do we not want that in women? Do we not desire strong and gifted women (with photon blasters and the ability to fly, so to speak) to be our allies in the good fight, this brutal and ugly war into which our Lord calls us? I certainly do. And I don’t think I’m a coward either for wanting them or for valuing such women as my necessary allies.

My daughter loved the movie. She laughed and cheered. Enthusiasm bubbled over as we discussed the film and her trip over dinner. She asked if she could get a poster of Captain Marvel for her room. I gladly obliged. We found one she was excited about, one that I’m delighted to hang in her room, where she can remember Carol Danvers’ statement about what a biblical woman is and can be.