And this is precisely how General Stanley McChrystal led the U.S. forces when they were battling Al Qaeda in Iraq. Here’s how he puts it in his book Team of Teams:

AQI was an organization native to the information-rich, densely interconnected world of the 21st century. It operated in ways that diverged radically from those we thought of as “correct” and “effective.” But it worked. In the course of this fight, we had to unlearn a great deal of what we thought we knew about how war—and the world—worked. We had to tear down familiar organizational structures and rebuild them along completely different lines, swapping our sturdy architecture for organic fluidity, because it was the only way to confront a rising tide of complex threats. Specifically, we restructured our force from the ground up on principles of extremely transparent information sharing (what we call “shared consciousness”) and decentralized decision-making authority (“ empowered execution”). We dissolved the barriers—the walls of our silos and the floors of our hierarchies—that had once made us efficient. We looked at the behaviors of our smallest units and found ways to extend them to an organization of thousands, spread across three continents. We became what we called “a team of teams”: a large command that captured at scale the traits of agility normally limited to small teams. Almost everything we did ran against the grain of military tradition and of general organizational practice. We abandoned many of the precepts that had helped establish our efficacy in the twentieth century, because the twenty-first century is a different game with different rules. Our struggle in Iraq in 2004 is not an exception—it is the new norm. The models of organizational success that dominated the 20th century have their roots in the industrial revolution and, simply put, the world has changed. The pursuit of “efficiency”—getting the most with the least investment of energy, time, or money—was once a laudable goal, but being effective in today’s world is less a question of optimizing for a known (and relatively stable) set of variables than responsiveness to a constantly shifting environment. Adaptability, not efficiency, must become our central competency. [3]

In order to grow and multiply your church or organization, it’s mission critical that every one on your team becomes more obsessed with adaptability over efficiency.

This is what’s going to lead you onto the path to become a team of teams, or an organization that networks alongside its hierarchy. After all, it’s nearly impossible to predict the changes that are on their way and plan for them years in advance.

What’s more effective is developing resilience, so that you’re ready no matter what comes around the corner.

But just imagine the kind of architecture that needed to go into this to withstand the typhoons and earthquakes that are common to this area of Taiwan. In fact, Taipei 101 is only 660 ft away from a major fault line!

In fact, on Aug 2015, strong winds from Typhoon Soudelor swayed the damper by 100 cm! 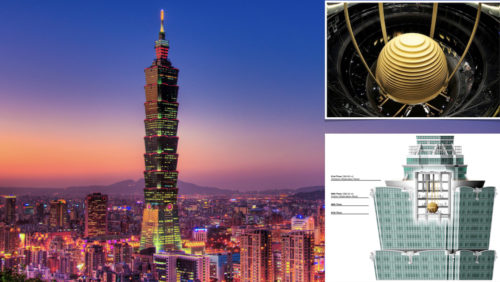 Taipei 101 is huge, yet it was built to be adaptable and flexible because the engineers knew that this is what was needed for it to survive the context and environment it was planted in.

Unlike other buildings that collapsed during typhoons, strong winds and earthquakes, Taipei 101 was built to adapt with the changing context and winds in order to thrive.

How about your church or organization?

Are you structured as a network or a hierarchy? Do you have elements of both? And what rules the day for you? Is it adaptability or efficiency?

I love this quote by Andrew Zolli, “If we cannot control the volatile tides of change, we can learn to build better boats.”

[1]  Team of Teams: New Rules of Engagement for a Complex World by General Stanley McChrystal, 211.
[2] Accelerate: Building Strategic Agility for a Faster-Moving World by John P. Kotter, 5.
[3] Team of Teams, 19-20.

How to Thrive Through Transition

If You Understand Inflation You Can Protect Your Church

Be Anxious for Nothing — Yes, but How?

How to Identify ‘People Helpers’ in Your Church

How to Handle Chronic Critics in Your Church

Between Legalism and Antinomianism