Conversely, Javert might sing “Mine is the way of the Lord” while he ruthlessly pursues Valjean, but he’s wrong. His desire for justice and order is right, but his practice doesn’t represent law in any sort of biblical sense. Javert didn’t need to ditch the pursuit of law and justice; he needed grace and redemption that led to new law, a godly law that wouldn’t imprison a man for five years for stealing bread. He needed to discover merciful justice that wouldn’t imprison the poor inhumanely or treat the at-risk with ruthless contempt. In other words, he needed a law more like the law of Moses and Jesus.

Of course, any command can be used cruelly. But a healthy approach to law—an approach infused with beauty and grace—is possible, and helps us contribute to the creation of a more merciful world. In conversation with Cosper and others on Twitter, Jamie Smith pointed out that some celebrations of the story seemed to reject law wholesale, leaving little room for the vital cultural task of lawmaking and the pursuit of justice. Yes, there is a difference between law and grace, or law and Gospel. But uncritical acceptance of a radical dichotomy between them can be spiritually harmful, hermeneutically disastrous and culturally damaging. (Let me hasten to add that Cosper, Strachan and Dalrymple aren’t guilty of those charges.)

Given that the word nomos in the NT is used in many different ways, an adjustment in our taxonomy might be helpful. Joe Rigney, a professor at Bethlehem College and Seminary in Minneapolis, asks why we aren’t using the label “legalism” (the ruthless, unbiblical application of constraints) instead of “law” to describe Javert.

In today’s climate, where law and constraint are dirty words and “freedom” and “liberty” are feted and glorified to the point of idolatry, it’s all too easy for law to become a derogatory label, which makes it helpful to have other terms in hand. Many contemporary Christians see law primarily in negative hues, wrongly taking Paul’s relegation of Old Testament Law—Torah—in Romans 6-7 as a rejection of any sort of command or law. But as OT scholar Jay Sklar puts it, biblical laws “are windows into the heart of the lawgiver.” When Moses gave Israel laws, he began by stressing God’s gracious redemption of his people (both versions of the Ten Commandments begin with a note of grace; Deut 5:6, Exod 20:1-2). When Jesus commanded his disciples to lay down their lives, he only did so on the basis of the fact that he was doing the same for them. And in Hugo’s story, obeying Jesus’ commands on the basis of grace becomes a vehicle for the extension of grace and mercy.

Consider the irony of trying to pit mercy against biblical law. As Rigney notes, Jesus’ critique of the Pharisees for their lawlessness (Matt 23:23 and context) fits Javert: by neglecting mercy and perpetuating injustice, he was showing his utter disregard for God’s law, neglecting what Jesus called “the weightier matters of the law.”

It’s the law informed by grace and mercy, not pitted against it. We find that law in the Bible; I also think we can see it in Les Miserables.

Jason B. Hood is author of Imitating God in Christ: Recapturing a Biblical Pattern (IVP, 2013). Among other fun activities, he teaches graduate courses in Old Testament for Union University. 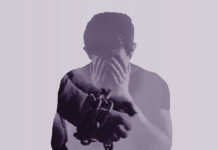