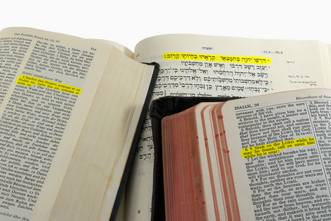 An article in The Christian Post told the story of Chuck and Stephanie Fromm, a couple living in San Juan Capistrano in southern California who have been fined $300 by the city for hosting a Bible study in their home. City officials said the gathering violates a municipal code that “prohibits religious organizations in residential neighborhoods without a conditional use permit.”

Fromm, the publisher of Worship Leader magazine, and his wife say the gathering is not affiliated with any particular church, nor is it intended to establish one. There is no appreciable noise from the group, which meets on Sunday mornings in the living room and patio in the home. According to Fromm’s blog, several neighbors have written letters denying that they have a problem with the study meeting in the neighborhood. Mrs. Fromm commented angrily, “How dare they tell us we can’t have whatever we want in our home…Can you imagine anybody in any neighborhood, that one person can call and make it a living hell for someone else? That’s wrong, and it’s just sad.”

In a press release, t﻿he Pacific Justice Institute, a non-profit legal group working with the family, called the fine “outrageous” and “egregious.” President Brad Dacus commented, “An informal gathering in a home cannot be treated with suspicion by the government, or worse than any other gathering of friends, just because it is religious. We cannot allow this to happen in America﻿﻿.﻿﻿“