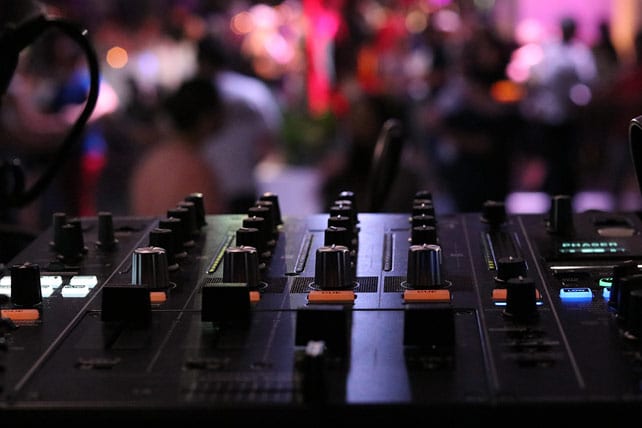 In the world of live church production, most rely on their obvious senses when analyzing what’s going on. How does the audio sound? Aren’t the lights beautiful? Is the video style enhancing the vibe onstage? How does this song make me feel?

It’s certainly gratifying, and perhaps even fun, to determine our success based on these mostly visible senses. But I contend that the invisible side (read unseen), is far more important, and is perhaps one of the most ignored.

For me, this invisible side is comprised of systems, processes, maintenance, equipment, skill-sets, and even attitude. These invisible elements are what comprise the basis for the visible, or tangible side, to come into existence in the first place.

We’ve spent many years at Church on the Move, establishing invisible procedures to deal with almost every situation we may encounter in a live production event.

We do it by staying cognizant of this one fact: every single technician and every single piece of equipment CAN and WILL fail at some time.

Although no one ever told me I wasn’t allowed to fail, I’ve opted to spend our time developing ways to deal with failure accordingly. The crazy thing is that even though this is perhaps our biggest cornerstone tenant, it’s completely invisible to almost everyone. It’s literally had to become a state of mind, not a tangible object.

Here’s a good one: when mixing, how often does your audio engineer check a mic before it goes live onstage? Our engineers do this more times than you can even imagine. I can’t tell you how many times we’ve caught a problem and fixed it before anyone ever knew. This is all from exercising one of my obsessive compulsive habits of checking a mic a zillion times. And then checking it once more just to be safe. Again, it’s a seemingly invisible system, but yet SO IMPORTANT to the success of an event!

Input lists, stage plots, rigging plots, schedules? They might seem overkill or boring to some, but these can help relay pertinent information to how an event is going to function. Beyond that though, they create an invisible procedure that will be a win for your team. It’s a win that can be repeated consistently time and time again. It happens because someone took a few minutes to think through the plan thoroughly and commit it to paper. All that work and all those printed pages for a procedure that is completely invisible to the audience? You know it.

This one is absolutely invisible — that is until something breaks. Take the time to routinely inspect your gear and it can allow you to find and fix a multitude of problems before they cause an interruption during an event. Numerous times, we’ve discovered potential failure points with gear that we were actively using and had “assumed” was working fine. This discovery came from employing a simple, boring, and INVISIBLE maintenance schedule.

Funny how quick this seemingly invisible part of the production world can become visible. I was at a church recently and couldn’t find a working mic cable to save my life. How they had working band inputs still baffles me. Implementing a plan to store and categorize your unused gear sets you up to actually go with the flow when situations change unexpectedly. Which of these would you rather do when a mic cable fails on stage: Walk calmly to the backstage storage closet, get another cable and switch it out and move on? OR race around, frantically tugging at a massive pile of nasty old cables that were shoved underneath the audio console while praying to God to save you and hope that a decent cable magically appears? I’ll be honest, at COTMProd, job longevity isn’t often associated with the latter.

The world of rigging

The mostly invisible world hanging above everyone’s head is comprised of shackles, span sets, chain hoists, cabling and such. Is all of this equipment deployed correctly and safely for both stage personnel and talent as well as the audience in your room? These parts are specifically designed to remain invisible during an event. We still subject them to a very visible annual rigging inspection where every item is examined for strength, wear and tear, and safety compliance. Interestingly enough, EVERY time we do this invisible task, we find something that would have eventually become a VERY visible problem if left unchecked.

Excel at the invisible

Herein lies the simple point: excelling at the invisible side of what we do is one of the biggest ways we can build a quality visible side. As we serve the church and strive to make a difference, consider making the invisible parts of the job the most important and you may find that the visible side just got a heck of a lot easier.

As a Tech Director or Tech Team member, these are all challenges you are facing. The Tech Team Track sessions at WFX Louisville will touch upon all of these topics and more. Plus visit the WFX Expo that has over 225+ exhibitors. Get all the production and technology solutions you need for your church all under one roof at WFX. The 2016 WFX Conference and Expo will be held September 21-22, 2016 at the Kentucky Exposition Center. Learn more or register for WFX at wfxweb.com.

Article is courtesy of ProSoundWeb. The author, Andrew Stone is the Production Manager and Audio Director at Church on the Move in Tulsa, OK. His 25 years of touring experience have brought a unique, and sometimes unorthodox, perspective to his approach towards production in the church. He has been a key part of changing the culture behind COTM’s live events and he loves sharing his knowledge with other churches. He’s been married for 19 years, rarely wears anything but black, and genuinely loves to rock. You can find him on Twitter (@stone_rocks) or on Seeds, COTM’s free resource site, as a blog contributor.

Andrew Stone is the Production Manager and Audio Director at Church on the Move in Tulsa, OK. His 25 years of touring experience have brought a unique, and sometimes unorthodox, perspective to his approach towards production in the church. He has been a key part of changing the culture behind COTM’s live events and he loves sharing his knowledge with other churches.