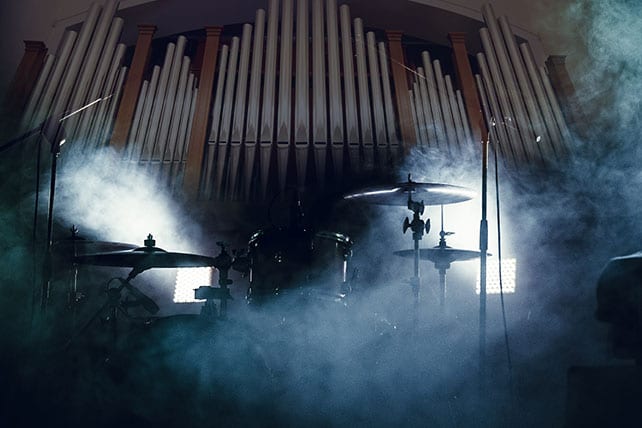 Worship leaders and pastors who are wrestling with the important and difficult decisions about when and how to bring fresh expressions of worship into traditional services, or more traditional/liturgical elements into contemporary services have a hard job in front of them. Blended worship is not as divisive an issue as it was 10 or 20 years ago, mainly because the worship wars have largely subsided, resulting either in different styles having their own services, or a different style having prevailed after a long battle.

But many churches are still attempting unified expressions of worship, in one service, either on a weekly or occasional basis. And for those kinds of churches, and their worship leaders and pastors who are thinking through how to do blended worship well, I would like to caution against two commonly believed lies.

There is no reason why this has to be true. Just because you bring a drum set into the sanctuary doesn’t mean you’ll be removing organ pipes. Just because you have the choir sing an anthem doesn’t mean your electric guitarist needs to pack up his pedals. There has to be a way we can embrace a Psalm 150-esque model of robust and God-centered worship that draws out from praise from a variety of instruments across the spectrum.

The way we begin to embrace the blended worship model is to just go ahead and do it. Will it be messy sometimes? Yes. Will we get critical responses? Yes. Will we do it perfectly? No. But we can’t just talk about putting the new and the old together in one unified expression. We actually have to make the hard decision to start doing it.

The pastor has to decide to spend some capital on teaching on it. The worship leader (and/or the worship staff) has to decide to do some hard work on moving forward as one with a broad variety of musicians with a broad variety of tastes and training. The leaders (or elders, or vestry, or deacons) have to be prepared to answer the congregation’s concerns.

Deciding to do something additional doesn’t mean you have to do subtraction. You can add without subtracting. This is the beauty of worshipping a God whose greatness is unsearchable! Lead your people with the constant refrain: “do not be afraid”.

Lie # 2: “The immediate embrace of something new will bring immediate revitalization.”

There is no evidence that this is true. Many churches over the last few decades have rushed to incorporate contemporary music into their services, oftentimes firing their choirs and organists, and assuming that by bringing in new forms of worship, they will experience immediate growth and revitalization. Similarly, many pastors have decided to introduce a lot of liturgy and/or formality into a service unaccustomed to it, thinking that it will bring immediate health or depth.

Most of the time, however, the opposite happens. When you drop a bomb on something, it always leaves destruction. You can’t drop a bomb on decades-long expressions of worship and expect flowers to bloom and birds to chirp sweetly. You’ll not only be dishonoring the past, but you’ll also be destroying the foundations for the future, and ensuring that nothing can grow.

If a service has never ever had drums before, then plan on using drums sparingly for the first year. Yes, a whole year. Then the second year, once a month. By the third year, you might be able to do it every Sunday. Why move so incredibly slowly? So that people will go with you. You want them to go with you? Move slowly. Did I mention you should move slowly?

If a service has never had liturgy before, then start saying a Psalm together as a call to worship once a month or so. Then maybe you can decide to start saying the Lord’s Prayer together when you do communion. Maybe after a few months, or a year, you can introduce a confession and absolution (or “assurance of pardon” if the word “absolution” freaks you out). Then your congregation can see liturgy as something beautiful and helpful, not something distracting.

A Final Note on the Two Lies About Blended Worship:

The first lie (new things are bad) stems from fearfulness. We’re afraid of what might happen if-this or if-that. We’re afraid so-and-so might leave. For the lack of a better phrase, we care too much.

Worship leaders and pastors who are thinking and praying through how to do blended worship would be wise if they are continually asking these questions out in the open:
– What are we afraid of?
– What are we ignoring?

Honestly and prayerfully dialoging about those questions – and then faithfully and biblically walking forward, together, in helping lead your church to embrace a robust view of worship – might actually result in changes that will bear fruit for generations to come, long after we’ve passed the baton.

This article about blended worship originally appeared here, and is used by permission. 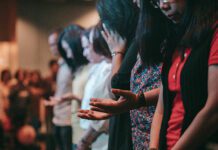 Do You Know the Regulative Principle of Worship? 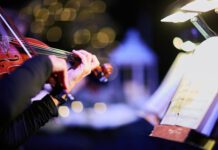 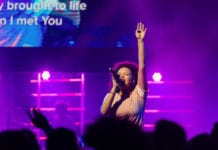 How to Lead Worship With Confidence 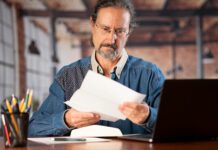