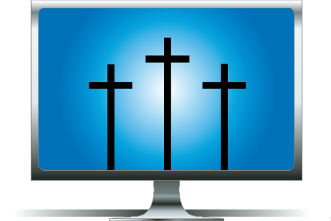 John Dyer is a techie. He’s a web developer for Dallas Theological Seminary. He’s worked with Apple, Microsoft, Harley Davidson and the Department of Defense. He writes extensively about technology and faith (including a chapter in our own Outspoken: Conversations on Church Communication), and he put together a little book called From the Garden to the City: The Redeeming and Corrupting Power of Technology (read our review).

We sat down with John to chat about technology:

So why isn’t technology neutral? Doesn’t how we end up using technology matter more?

The reason so many people believe “technology is neutral” is that it’s so obviously true. Any tool, from an iPhone to a shovel, can be used for good things (like building orphanages) or bad things (like axe-murdering), but the tool itself is amoral. The problem is that, while this is certainly true, it’s only half the story. And half-truths are tricky because they often blind us from seeing more important things.

The “other half” most of us miss about technology is that tools transform us regardless of whether we use them for good or for evil. Whether I use my shovel to build that orphanage or go on an axe-murdering spree, I’ll end up with blisters on my hands from the shovel. And just as physical tools reshape our bodies, digital tools transform our minds. I can use Twitter to follow Christian pastors like John Piper and Rick Warren or mindless celebrities like Kim Kardashian and Snoop Dogg, but regardless of the goodness or badness of the content they tweet, my mind will be transformed such that it gains the skill of consuming enormous numbers of short sentences, but looses the ability to read a book for more than a 10 or 15 minutes without feeling distracted.

So, yes, how we use technology certainly does matter, but we also need to be aware of how technology is using (or transforming) us.

So if technology is changing us as a culture and a people, is that a good or a bad thing? And what do we do about it?

I don’t really think technology fits cleanly into categories of “good” or “bad.” Instead it’s about “change.” These changes bring enormous benefits many of which can further the kingdom of God, but those benefits come with downsides as well. For some, it’s tempting to ignore the unintended consequences and focus only on the wiz-bang coolness of the latest shiny gadget. For others, it’s easy to say every new technology is designed to destroy your soul, but ignore that God is just as active today as in every age.

I think one of our goals is to carefully chart a middle path. We don’t want to be slaves to technology, but we also can’t ignore that God has placed us in a technological age and this is where we’ve been called to minister. Our role isn’t just to make lists of good things and bad things that we can do with technology, it’s being aware of how technology subtly shapes our habits, expectations and relationships, and then making appropriate adjustments.

How should the church approach technology?

First off our approach should be to praise our amazing creator God who has embedded his image in us and which enables us to create great works of art, music and technology. How blessed we are to have a sliver of his creative genius!

But after that, our normal approach to technology is basically this: if you have an iPhone, download the LifeChurch.tv Bible app instead of the Playboy app. If you do that, you’re good.

Certainly that’s important, but again that’s only half the story when it comes to understanding technology. Several years ago, I bought a projector for my youth group. Of course, I avoided using it for evil (no R-rated movies!) and I regularly used it for good (showing Bible verses!). But over time, I noticed that fewer kids brought Bibles to church than before we had the projector. So which would you choose: a bunch of kids with monogrammed Bibles in their favorite translation or a bunch of kids without Bibles reading a single version together on screen? The Word of God never changes, but accessing those words through one technology (the book) favors the individual over the group, while the other technology (the projector) favors the faith of the community, but not the individual.

This choice isn’t about “good and bad” and “moral and immoral.” It’s about taking a step back and asking how using a technology will tend to shape us as individuals and as a community and then seeing where that might line up or be in conflict with what God has called us to be. The apostle John does just this in 2 John 1:12 where he shows us that he’s comfortable using the communication technology of his day (pen and ink), but he is also careful to note that letters are not as good as “face-to-face” for certain things. He isn’t down on technology, but he is aware of both its positives and negatives and makes choices out of that thoughtful position.

You talk about how technology fits into God’s plan to restore the earth. How does that work? Do we get iPads in heaven?

When I was growing up, I somehow got the idea that “heaven” was a place where everyone sat around on clouds and spun their halos around. It didn’t really sound like a great place to go. It was only as an adult that I re-read Revelation and saw that the story does not end with us going up to heaven to be with Jesus, but with Jesus coming down from heaven to be with us. And here’s the interesting part—he comes flying in with a giant cube of “technology” behind him. That “technology” is a heavenly city composed of all of the things that humans have invented over the years like banners, trumpets, roads, houses, towers and so on. The Old Testament prophets also talk about turning tools designed for evil like swords and spears into tools for human flourishing like plows and farming equipment (Micah 4:3).

It’s tempting think that technology is just a necessary evil that we use until Christ returns, and then we’ll no longer need it. But the biblical story begins with God commanding us to “cultivate” the Garden which means that even before the Fall, we were supposed to use tools to shape and mold what God made. The story ends God redeeming not only our bodies and souls, but also the things we make so that we can keep using them to do what we were initially created for. Now, I don’t know if that means we’ll have iPads in the new heavens and new earth, but I do know it means that we’ll be using some redeemed form of the very same things we use today.

What does this all mean for the church person charged with building the church website? Is this just all high-level thinking or is there some practical, coding the HTML applications?

What we do with technology affects us at all levels. As individuals, the tools we use will shape us physically, emotionally and spiritually. As parents, we have choices about which mediums we expose our kids to what age. As ministry workers, the choices we make about technology will impact the kind of communities we build.

As technology creators and workers (web designers, videographers, sound techs, etc.), we have two additional responsibilities. The first is recognizing that people care more about what you as a technology creator say about technology than what their pastor says. Right or wrong, people don’t care their pastor doesn’t have a Facebook account or if he likes to memorize Scripture instead of just accessing it on his phone. But if you—the tech guy or gal—does or says something unexpected about technology, people notice. You have a voice and a position of authority, so use it wisely.

The second is recognizing that when we engage in the activity of creation, we are doing so because God embedded his creativity in us. For me, this means we should attempt to create things that mimic his beauty, creativity and simplicity. We can also think of ourselves as trying to build something worthy to exist in the new heavens and earth. That’s a pretty lofty goal, but I think it can help us to continually direct our work, our coding and our design to the glory of God.