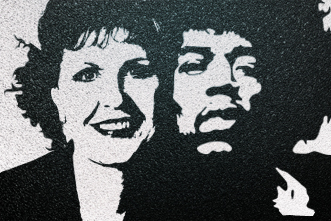 A woman was telling me the other day how she used to want to be Joyce Meyer. She fantasized about how exhilarating it would be to minister to all those people.

But since she said she used to want to be Joyce, I had to ask:

“Why don’t you want to be Joyce anymore?”

It was because she analyzed the story behind the glory and realized:

1. Joyce has a gift that is supernatural and an anointing that is irreproducible.

2. Therefore, attempting to do what Joyce does without having the divine empowerment Joyce has would be like hobbling around with the king’s XXL armor when you really need a shepherd’s sling. Other people’s armor doesn’t protect you; it paralyzes you.

3. Anointing oil is produced through pressure. Joyce Meyer’s ministry of worldwide compassion flows largely from her own personal pain of childhood sexual abuse and the dysfunction that consumed the beginning of her adult life. To covet the oil but avoid the pressure is like mastering Guitar Hero, and signing your name Jimi Hendrix on all your correspondence. It’s called make believe, not Christ-like ambition.

4. Joyce Meyer’s life is full of blessing. It’s also full of immense burden. It’s chock full of rewards. It’s even heavier laden with responsibilities. To want the blessing without considering the burden is shortsighted at best, and self destructive, ultimately. A blessing can be a burden if you’re not destined and prepared to receive it.

It’s refreshing when you have a conversation with someone who used to want to be what she was never meant to be but left that illusion behind to become a bona fide best version of herself the world has ever seen.