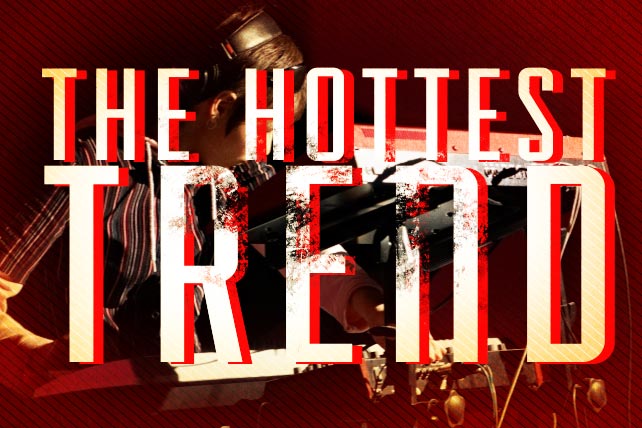 Twenty years ago, churches were separated by a wide gulf in their worship styles—most were still in their traditional mode with piano and pipe organs, while a few churches were starting to embrace contemporary worship with praise bands.

Then five to 10 years ago, most churches were on the same stylistic page and had adopted the basic contemporary pop music style of bass, drums and mid-range (guitar and/or keyboard).

Now we’re experiencing a new gulf in worship styles between pop music and what I’ll call dance-pop music (you know, the kind of music Kim Kardashian and Kanye hear when they go clubbing). Dance-pop is a generic term that encompasses a multitude of variations like electronica, trance, house, drums and bass, or whatever the hipsters are calling it this year.

Naturally, the Name Brand Megachurches are suddenly simply obsessed with dance-pop. As I’ve visited several recently, I’ve been shocked at how their music styles have radically changed.

Actually, I love the music—I grew up in the ’80s when synthesizers were the rage, so it’s cool to see synths making a huge comeback. I’ll probably start adding more synths to some of my own songs and arrangements. It’s also enjoyable to see worship guitarists brought down a notch or two. (I kid, I kid!)

Seriously, though, church guitarists are having a hard time accepting this new keyboard-driven style. I watched (and I must admit, snickered) as two electric guitarists stood dejected and depressed at the back of the stage of one megachurch, plucking out dry, unprocessed Katy Perry-esque riffs while the synths, pulsing and pumping, were monopolizing the mix. To further put it into perspective for you, I noticed the multitracks for Hillsong’s popular worship dance-pop song “Alive” have just one guitar stem and, yes, 12 synth stems. Here’s another popular dance-pop song from Hillsong.

However, guitarists needn’t be too worried. Typically when a megachurch does something, the rest of the churches follow suit, but I don’t think the dance-pop style will really catch on for these reasons:

Dance-pop is too complicated. A keyboard whiz is needed to replicate the music, and we all know keyboardists (especially ones fluent in dance-pop) are in short supply. And on top of it, these aren’t songs you just show up to rehearsal and “play”—a keyboardist must spend (a lot of) extra time programming, sequencing and/or creating multitracks.

If you’re purchasing multitracks instead of creating them yourself, you need to be computer savvy enough to use the software to properly run the multis during worship (to help, the ever-creative team at Matt McCoy’s Loop Community have produced a free multitrack app for iPhone, iPad and iPod called Prime). I think the more complex worship technology hasn’t become more mainstream because over half of worship leaders are volunteers. It’s about all they can manage to have careers, raise families and pick praise set songs, let alone trying to program multitrack software.

Dance-pop is a little too “out there.” Really, how many people in your congregation are out clubbing every night? The synth sound is completely alien to anything the vast majority of your congregation have ever heard, inside or outside church. Instead of being propelled by typical guitar or piano lines, a dance-pop song relies on programmed drum loops, effects and sizzling/shimmering synthesizer patches to drive the music. I recall observing one megachurch dance-pop worship rave, complete with lasers, smoke and hopping guitarists, that was attended by a mostly non-hipster and middle-aged congregation who stood watching the spectacle in a baffled trance. I wonder how long that will last!

Of course, this article will be moot when next year’s worship fad (whatever that may be) hits. Wasn’t it only last year that Mumford and Sons-style worship was all the rage?

Bottom line: For universal appeal, I recommend sticking to a basic pop sound for contemporary worship.