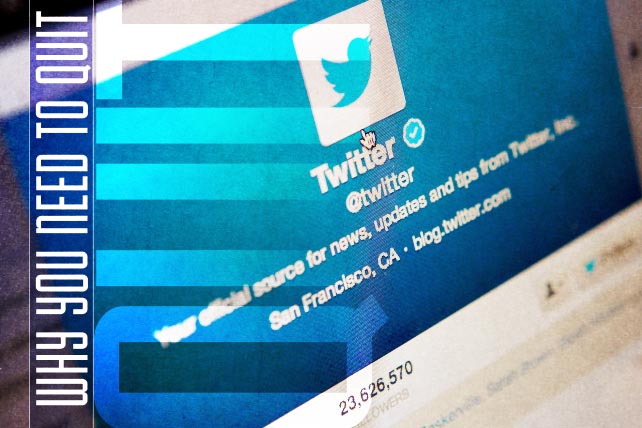 Something happened to me while Kristen and I watched the 2013 Grammy Awards. I’d been sitting on my couch, watching the show while scanning tweets on my iPhone. I’d occasionally chuckle at the various sarcastic, heckling tweets aimed at the Grammy performers and award winners. Sometimes I’d respond, or “star” a tweet that was particularly funny, or offer up my own witticism. I should add that most of these snarky tweets were authored by pastors and worship leaders I follow on Twitter.

This had been my award show pattern for at least a couple of years. But then, about an hour into the viewing, the thought hit me, “I feel mean.”

And irritated. And bitter.

Since then, I haven’t watched as many award shows. But when I watch them, or when I watch any big pop-culture event that the whole world seems to be watching, I do the opposite of what I’ve done before. I put my phone down. I refrain from checking social media for the entire night.

Isn’t social media supposed to connect us? Isn’t it a great thing to converse, in real time, with people all around the world while you’re all watching a show?

It can be, I suppose. But I plead with everyone who names the name of Christ to check your heart. Maybe you don’t have a problem. But I think a lot of you do—many of you, at least, who are among the 2,700 I follow on Twitter. What image are we projecting when we tweet snarky, passive-aggressive statements about the lack of artistic merit in award winning songs, films, TV shows and more?

The Huckabee quote is from a helpful article called “Could We BE More Obsessed With Sarcasm?” Yes, he talks briefly about sarcasm in scripture. Read it—then decide if you should, at least sometimes, be a Twitter quitter.