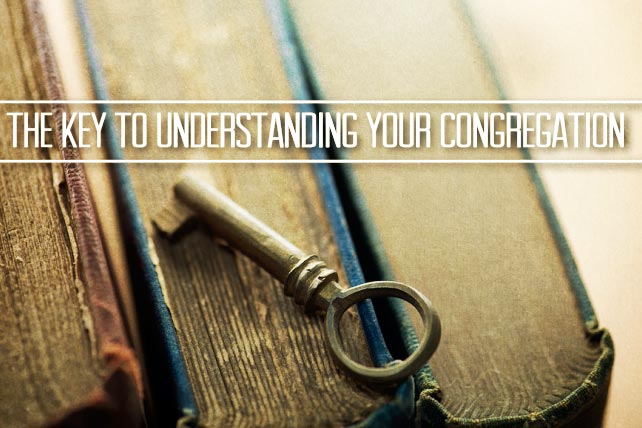 Worship leader, this article will save you days, weeks and even years of frustration!

Have you ever noticed that congregations have personalities? I’ve had the wonderful opportunity to be in hundreds of churches in my life, and I don’t think I’ve been to two that are alike.

From what I’ve read, a church’s personality stems from the pastor and his leadership (the fascinating book The Habits of Highly Effective Churches by George Barna describes several different personalities of churches).

A church’s personality is also evident in the music. And here’s the momentous tip for you: Don’t force a congregation into doing music against their personality!

The pastor of the church I grew up in decided to transition the church from hymns and gospel songs into more contemporary music. Today, years later, it’s a different church with a new personality. I scarcely recognize anyone there. Oh, a few folks made the transition, but most left to find a new church home (although some hung around for years, fighting for the old ways). Would it have been better to keep the original musical personality of the church intact while starting a new, separate church with a new personality?

I’m sure you have your own examples. You’ll bang your head against the wall if you continually present music against the grain of your congregation. As a worship leader, I believe my job is to size up the musical personality of the congregation, not force them to be what I want them to be (or better yet, make sure your musical tastes match the tastes of the church before you accept the job!). I believe this is one of the most important ideas you’ll read here at WorshipIdeas. It’s a rare church that’s mature enough to transition from Bach to Lincoln Brewster!

Of course you can introduce new styles and be your congregation’s guide to new music. Years ago, the church plant where I worked seemed to love the driving songs of Paul Baloche. However, they never warmed up to many of the Passion songs. I would throw in a Passion song from time to time to test the waters, and occasionally I’d hit on a song with which they’d connect.

Your congregation may not care for Bethel worship songs, but perhaps there are a few that would work in your setting. Each worship genre may have a few songs that lean to your congregation’s personality. One reason “Shout to the Lord” was so popular was that it fit the personality of a broad range of churches, whereas many of Hillsong’s other songs did not.

If I arrived at a church today to serve as the new worship leader, I’d not change a musical thing for weeks. I’d get used to their style and see what songs they love most. Then I’d gradually introduce new material that fit but expanded their musical taste. Don’t throw out the old, but supplement the old with the new.

>Bottom Line: Determine the musical personality of your church and select appropriate music. Don’t be afraid to try new things, but work carefully and prayerfully.