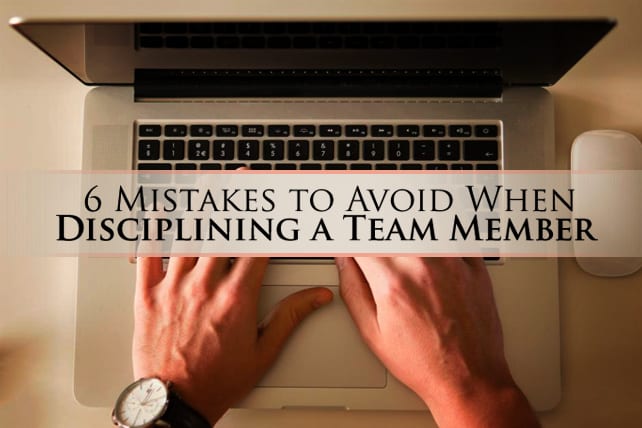 One of the responsibilities of worship leaders is to build and cultivate a community of fellow musicians to help serve the congregation in leading worship. You can call that community a worship team, worship band, praise team, praise band, band or whatever term you come up with. Whatever you call it, it can be a great joy to lead this kind of community of fellow-musicians. It can also be really difficult.

Musicians have the infamous artistic temperament that makes them not only opinionated, and not only comfortable sharing those opinions, but also turns those opinions into “rights.” Musicians then want to protect their rights and their territories against anyone who would seek to invade. Plus, they’re sinners like everyone else.

From time to time, if you’re a worship leader attempting to lead a healthy worship team, you will be faced with difficult situations when you’ll need to bring correction to one of your fellow musicians, or in more difficult situations, bring discipline. You will lose sleep over these situations, and you will want to avoid them. But sometimes it will be clear to you that you need to address an issue with a member of your team.

Here are six mistakes I’ve made, that you shouldn’t make, when disciplining or correcting a worship team member.

1. Interact Primarily Over Email
If at all possible, avoid the use of email from beginning to end. The more difficult the type of interaction, the more healthy it is. A face-to-face conversation is crucial. If that’s impossible, then a phone call. Under no circumstances should you interact over email. Emails can be so much more easily misinterpreted, misread, forwarded, blind-copied and saved forever. Pretend you’re handling this before the invention of the computer.

2. Insist on Meeting on Your Turf
Do not insist that the meeting take place on church property, or in your office. That’s your turf, not theirs, and it will immediately cause their defenses to go up. Not good. Find a neutral place, and a public place, for both of you. A coffee shop or a restaurant. This will level the playing field and increase the odds of a relaxed atmosphere.

3. Handle It All by Yourself
You have people over you. Take advantage of their covering. The single most stupid thing I’ve done when I’ve had to deal with a difficult issue is keep it from my pastor until it had blown up. Consult him, ask him what you should do, have your pastor in the meeting with you and keep him totally in the loop. Don’t put yourself in a position to take all the bullets or do/say something unwise. Use the covering God has put over you.

4. Let It Simmer
So a band member has a profanity-laced temper tantrum at rehearsal. The rest of the team is shocked. You’re shocked. They’re all wondering if you’re going to address it. Tension is building. Don’t let it simmer. You might not think stopping rehearsal is wise, but address it before the guy goes home. It might be easier in the short-term to let things slide, but in the long-term it will build tension and pressure in your team that will be unhealthy.

5. Don’t Know What Outcome You Want
On a scale of 1-5, 1 being minor correction (i.e., I can tell you didn’t practice one single bit and that’s why you ruined half of the songs) and 5 being major correction (i.e., I need to ask you to step down from the team for a while), you need to know what you want for the person. If you go into a meeting/conversation with the person without an acceptable outcome in mind, then you could very likely get trampled on.

6. Be Unwilling to Apologize
You’re not perfect. You don’t communicate with your team as well as you could. You lead a rehearsal on an empty stomach and say something mean-spirited to your drummer. You ask a singer to sing a song you know he or she can’t pull off. It could be anything. Be the first to apologize, the first to show contrition and humility, and genuinely ask forgiveness for things you’ve done wrong. Even if your apology isn’t reciprocated, you’ve done the right thing and will get a better night’s sleep even if the meeting doesn’t end the way you hoped.