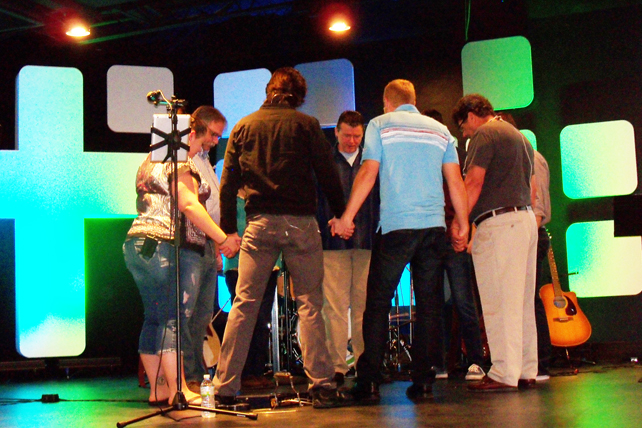 Every church, worship team, choir, vocal ensemble and instrumental section approaches worship rehearsals differently. Some go the mid-week route, others on Saturday morning, and others just before services on Sundays. Some have the luxury of their own practice/worship space, while others have to manage with a basement of someone’s home, or the cafeteria they rent on Sundays. Some have a full sound system with personal monitor mixes and bottled water put out for them, while others are lucky to be able to even find the light switch.

But for all of the different ways worship nrehearsals can be approached, there is always room for improvement. Specifically, there is a way to do more in less time.

The length of a rehearsal does not necessarily positively correlate with the effectiveness of a rehearsal. Oftentimes, the opposite is true, and the longer (and later) a rehearsal goes, the less effective it is.

How to Make Worship Rehearsals Shorter (and Better)

3. Don’t rehearse stuff that everyone knows
This seems fairly obvious, but I’ve seen this kill more worship rehearsals and sound checks than you’d think. There are certain songs that everyone on your team/choir knows (and when I say “everyone” I mean 95 percent). Either skip over those, or just talk through them briefly, or just polish up the intro and ending. Why rehearse “Ten Thousand Reasons” for the ten thousandth time? There are ten thousand reasons not to.

4. Consolidate similar sections of a song
You can get through a four-minute song in 1.5 minutes if you realize that basically the verses are the same, and most of the choruses are the same, so let’s practice the different chunks of the song that are actually different. Start with the intro, do a verse, go to the chorus, then skip to the bridge, and then instead of rehearsing another final chorus (that everyone knows), just say, “OK, that’s great. Thanks. Moving on…” Your musicians will thank you, and you’ll have saved more energy for the actual service. Saving a few minutes per song can result in an overall savings of 20–30 minutes. That’s a lot!

5. You decide when you’re happy
In worship rehearsals there will always be someone who wants to go back over a certain part again, or practice a transition again, or ask a question, or make a suggestion. That’s fine, but they shouldn’t have the power to drag out rehearsal for everyone else. You should feel comfortable (for the sake of making rehearsal shorter and better) to say, “I’m happy with that. Let’s move on,” and if someone has a question or something they want to work on, you can do that with them separately once rehearsal has ended.

Why aim for shorter and better rehearsals? Because fruitfulness always requires trimming. Trim the unnecessary stuff away, so there’s more room for actual growth and blossoming.