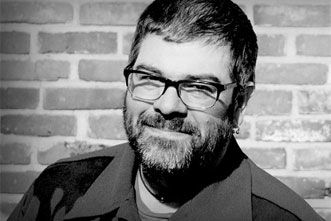 Adolescence in America is mutating at an impressive rate. The experience of being a teenager has similarities to whatever your experience and mine were, of course; but there are plenty of dissimilarities. Many of these shifts are things we’re all aware of, if we stop to think about them: increased pressure and stress, constant access to and bombardment of information, instant everything (including an expectation of instant, no-presence-required communication). Each of these interwoven shifts (and others) have an impact on the spiritual lives of teenagers, of course, and we youth workers need to be thoughtful about where we pander or acquiesce, and where we take counter-cultural stands, helping teenagers know and embrace what I like to call a “truthier truth.” (I suppose “truer truth” would be more grammatically correct, but I like the former, so deal with it.)

But perhaps the biggest shift in American adolescence is the duration.

Adolescence is now, on average, an almost 20-year trek, lasting all the way through the 20s. Of course, there are 20somethings who are fully living as adults long before they reach the ‘used to be the marker of entering middle age’: 30. But then, there are plenty of young 30somethings still living in an extended adolescence.

What impact does extended adolescence have on the faith formation of teenagers? Ok, a second question: How should we respond?

Wouldn’t it be nice if this paragraph, the one following those critically important questions, had a nice, neat answer? Nope, sorry. This stuff is too new, and changing too quickly, to have a nice, neat answer already. I’ll tell you this: the overwhelming response by the church so far (by those who are at least aware of the issue in one way or another) is to create a homogeneous pocket of isolation, to beef up young adult ministries in the church.

Churches are realizing two things: teenagers leave after youth group, and there are no young adults in our church. Sure, there might be a lame and weird little young adult group of some sort; but in many churches, you know your average high school graduate wouldn’t be caught dead going to that group.

In response, churches around North America are creating young adult youth groups. Really, that’s what they are (of course, they wouldn’t call them that). And this, my youth worker friends, is only perpetuating and extending some of the very problems we’re discovering about how we’ve approached youth group for the past 40 years or so. Isolation isn’t the church; homogeneity doesn’t have much of a scent of the Kingdom of God. And creating these pockets of isolation only further removes the onramps to adulthood that teenagers (and now “emerging adults”) so desperately need.

I need some help on this, because it’s too big of a deal to ignore. That’s why The Youth Cartel took a crazy leap and put together the Extended Adolescence Symposium. We invited two of the leading voices on this subject in the nation – Dr. Jeffrey Arnett and Dr. Robert Epstein – to join us. These two guys disagree on many assumptions and implications. They’ve never met, but they are – of course – familiar with each other’s work. We also invited Dr. Kara Powell to be our über-moderator: an interpreter and audience engager, really.

We’re meeting in Atlanta on Monday, November 21, the day after the National Youth Workers Convention (in the Marriott Marquis Hotel, downtown). For more information, or to register, go to www.theyouthcartel.com/symposium.

The Extended Adolescence Symposium won’t be able to answer all our questions, or to chart a perfect new plan of action. But, hopefully, it will launch us forward. We hope you can join us in this important conversation.