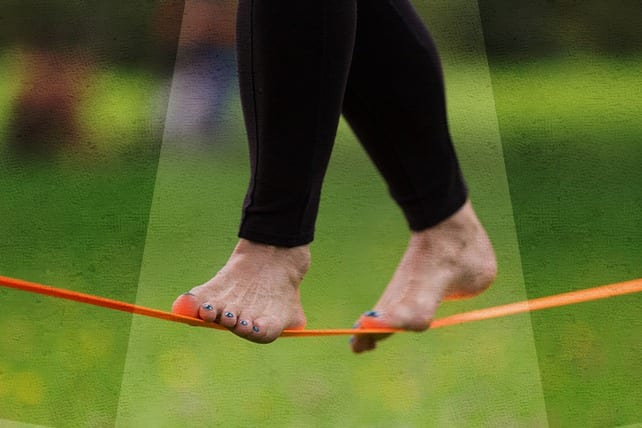 Teenagers and risk naturally go together. So youth ministry without risk is, in a sense, a denial of our essence (or at least a denial of the essence of teenagers).

You know that teenagers love risk. But maybe you’ve unknowingly bought into the common notion that teenagers’ risk-taking propensity is a deficiency, an immaturity. But spend a minute reflecting on one of my favorite framing questions for how we approach any aspect of teenage development: Are teenagers a problem to be solved, or a wonder to behold?

Heightened risk-taking is clearly connected to adolescent brain development. Daniel Siegel, a brilliant doctor who specializes in understanding brain function, writes in Brainstorm: The Power and Purpose of the Teenage Brain, “Instead of viewing the adolescent stage of brain development as merely a process of maturation, of leaving behind outmoded or non-useful ways of thinking and transitioning to adult maturity, it is actually more accurate and more useful to see it as a vital and necessary part of our individual and collective selves. Adolescence is not a stage to simply get over, it is a stage of life to cultivate as well.”

Without being intentionally provocative, I’ll go this far: A life without risk isn’t only not worth living, it’s unbiblical. And the same applies for youth ministry.

Seriously, it’s hard to think of a great Bible story that doesn’t have overt or implied risk. Moses confronting Pharaoh, little David running at Goliath, Peter jumping out of the boat, the early church defying Rome (where I was this past weekend). I could fill this space with biblical examples. Maybe it’s even fair to say that creation itself was a risk on God’s part, with God’s foreknowledge of how fickle and self-serving we would be.

Of course, there’s stupid risk and worthy risk. Stupid risk, in youth ministry, looks like playing a game where you expect teens to get hurt, or not counting to make sure you have everyone before leaving a stop on a trip (which once resulted in me leaving a seventh grade girl at McDonald’s, just before closing time, in one of the roughest neighborhoods of Chicago). Stupid risk boils down to arrogance: We assume we’re above it, or impervious to catastrophe. We might spiritualize stupid risk and think the ends justify the means, or that “God will take care of it;” but, really, it’s just supercilious pride.

As Siegel writes in Brainstorm, “The question is whether we can support the exploration of new things while we also minimize the chance of permanent harm.”

Good risk … ah, that’s the stuff of transformation and revolution. When we step out in faith and risk that God will show up, we’re like the kid who offered his five loaves and two fishies. This kind of humble, faith-fueled risk is the primary difference between an exclusive, ingrown youth group that doubles as a country club, and a missional community of teenage Christ-followers heaven-bent on joining up with the active work of God in the world.

But humble, faith-fueled risk is youth ministry wisdom. The wise youth worker avoids stupid risk but runs, with a heart full of hope, at good risk.

Where do you need to be more like a teenager and take a risk today? Where does your ministry need an infusion of risk?