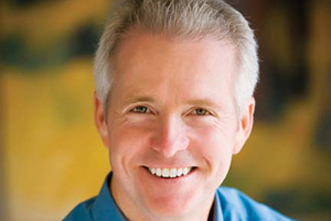 (RNS) Members of one of the largest congregations in the Presbyterian Church (USA) have voted to leave the denomination, despite facing an $8.89 million cost for leaving.

Menlo Park Presbyterian is based in the San Francisco Bay area and led by well-known author and pastor John Ortberg. It is the ninth-largest PCUSA church, with about 4,000 members, including former Secretary of State Condoleezza Rice.

The motion to leave the PCUSA was approved by 93 percent of the church’s members who voted, with 2,024 ballots in favor of the motion and 158 ballots opposed, according to a letter posted by Ortberg. Menlo Park determined that to keep its property and leave the denomination would cost $8.89 million, based on a summary for dismissal agreement.

“This is a major milestone, and not an ending but a beginning. There’s a lot yet to come of what Dallas Willard called the unique life of spiritual adventure in living with God daily — entering fully into the good news that Jesus has brought, for ourselves, and for us as a church,” Ortberg wrote.

A Menlo Park spokeswoman did not return calls for comment.

The church voted to join a newer denomination called ECO, A Covenant Order of Evangelical Presbyterians, which has attracted 115 other Presbyterian churches since it started in 2012. In its rationale for leaving, Menlo Park cited differences in identity, mission, governance and owning its property.

“Surprisingly, there are many PC(USA)-ordained pastors who do not believe, for example, in the deity of Christ or in salvation through faith in Christ,” the rationale states, citing a 2011 PCUSA survey that suggested 41 percent agreed with the statement, “Only followers of Jesus Christ can be saved.”

The church also cited difference in mission. For example, the local Presbytery of San Francisco adopted resolutions calling for pulling investments in area employers such as Hewlett Packard and Motorola because of their business with the government of Israel. Menlo Park considered the resolutions a distraction from its core mission.