Before long, Adams-Brown said she was accused of being disloyal and undermining Wood. That conflict eventually became abusive, she told RNS in an interview. She and her husband also detailed their concerns in a letter to Echo Church elders.

“There is a culture of never questioning, silencing, rewriting the narrative, and Andy with all the spiritual authority has to be followed without question,” they wrote. At Hope Church in Austin, what started as internal conflict also led to accusations of abuse. Tensions at the church exploded after the departure of James Gómez, a former associate pastor at Hope. His departure led to confusion and anger among church members.

The elders gave church members two choices: submit or leave. Church elders also brought a “prophetess” to a church meeting, where she detailed an elaborate dream about the lead pastor being under attack by the devil. They also cited two prophetesses in their report.

For Cristal Porter, the conflict at Hope cost her her church and her job. She’d been working at the church part time when Gómez resigned. When she asked questions, she said, church leaders saw her as disloyal. 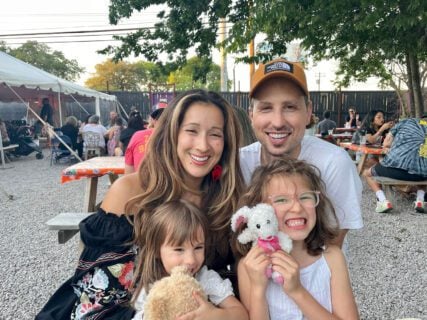 Kyle Howard, a preacher and trauma-informed soul care provider, sees the use of prophetesses to bolster leaders at Hope as troubling. Howard, who has spoken to Hope members and is advocating for an independent investigation, said that crosses the line from unhealthy church practice to abuse.

“They leveraged spiritual power — that is supposed to be used to reconcile — and made it a tool to silence people,” he said.

The conflict at Hope, and churches like it, is unlikely to be resolved without significant outside help, said Steve Joiner, executive director of the Institute for Conflict Management at Lipscomb University in Nashville. He called the situation at Hope a “level 5” organizational conflict, made worse by social media.

He also said once a conflict hits level 5, each side sees the other as evil. They also feel the need to protect others and so they broadcast their concerns to the world.

To deescalate that kind of conflict, churches need outside help, said Joiner. That can be hard in what he called a “personality-driven church,” where everything revolves around a charismatic leader. Those kinds of churches rarely have good organizational systems in place.

A church in level 5 conflict will need at least 6 to 9 months to deescalate, said Joiner. That would require everyone involved to agree to a set of rules dictated by an outside conflict management expert. But he said church leaders often have a hard time doing that, saying that “big ===personalities hate being controlled.”

“The problem can no longer be solved by pointing out who is right or who is wrong,” he said. “There has to be a series of processes they agree to that allow them to lower the temperature enough to function.”