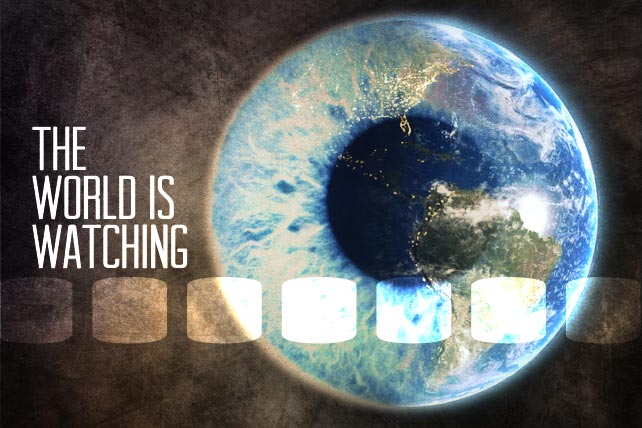 “If Christians cannot extend grace through faithful presence within the body of believers, they will not be able to extend grace to those outside.”

Recently, someone asked me the following question.

“Frank, if I had to summarize your ministry, it would be that Jesus is more than we ever imagined and we can learn to live by His life, which is evidenced by treating others the same way we want to be treated. Would you say that this is accurate?”

My answer: “Yes, that sums it up well.” These two themes are underscored in many of my books and blog posts.

Not long ago, I wrote a piece for a periodical explaining why I am a Christian (which I’ll republish here in the future). I ended the piece by asking why those who aren’t Christians have decided not to follow Jesus (yet, at least). Here’s what one person wrote:

“I’m not a Christian because of how most of the Christians I’ve known treat each other. Not loving like their founder taught but just the opposite. I like that your list wasn’t apologetic or combative but personal, and I respect that. Rare but nice to see.”

This harkens back to Gandhi’s famous line,

Take a look at this graphic that shows how people search for “Christians” on Google in comparison to “Muslims” and “Jews.” (Credit goes to my friend John Saddington for this analysis).

This graphic shows some of the serious stereotypes that we Christians are up against. Unfortunately, the stereotypes are often painfully true.

It’s not uncommon for some Christians to throw verbal assaults at one another on Facebook, blogs, Twitter and other Internet venues. As a result, the world sees people who profess to follow Jesus—the Prince of Peace—fighting, misrepresenting one another and even “blocking” one another.

“But if you bite and devour one another, take heed that you don’t consume one another” (Galatians 5:13).

There once were two cats of Kilkenny

Each thought there was one cat too many

So they fought and they fit

And they scratched and they bit

‘Til excepting their nails

And the tips of their tails

Instead of two cats there weren’t any.

Civil disagreement and even debate, when done in the spirit of Christ, are healthy and helpful.