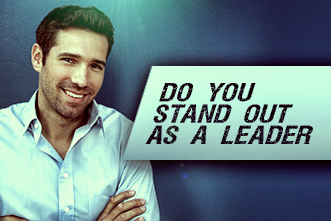 In a world of interchangeable people, you need to stand out.  Unions played a vital role earlier in the 20th century, helping unite workers and speak as one voice to industrial corporations.  Unions helped create safer coalmines, drive better regulations in the workplace, and create strong wages and benefits.  But today, unions are on the wane because the flip side of unionization is building interchangeable workers.  In today’s economy, there are millions of interchangeable workers, but what we need are people who stand out.

People who get noticed.
People who do remarkable things.

In the book Ignore Everybody, writer and cartoonist Hugh MacLeod puts it this way:
“A Picasso always looks like Picasso painted it.  Hemingway always sounds like Hemingway.  A Beethoven symphony always sounds like a Beethoven Symphony.  Part of being a master is learning how to sing in nobody else’s voice but your own.”

For MacLeod, it was the moment he discovered drawing on the backs of business cards.  But it’s not the form or the platform; ultimately, it’s the calling, the voice, the purpose.

The question becomes what’s your unique voice?  What’s your purpose for living?  What were you put on the Earth to accomplish?