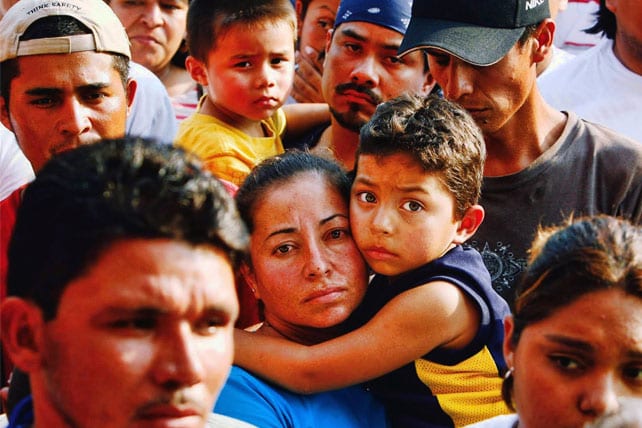 Why should evangelicals care about the immigrants in our midst? It’s hard to believe this is even a question in light of Scripture. Here’s how I’ve grappled with this issue.

It was 2011 and I was over a decade into pastoring a really great Baptist church in Alabama, the heart of the Bible Belt. I had traveled around the world engaging in “missions,” but at this point, the sum total of thought that I had given to immigration issues basically boiled down to, “I am all for immigrants coming to America legally, but if they come illegally, they should return home, and failing that, be detained and then be deported.” I could strongly defend my position by throwing out something about the “rule of law,” and move on. It was a settled issue, and I thought my position was rock solid.

Then, the Alabama state legislature passed the anti-immigration bill, HB56. Initially, I thought it was a good law. But then the protestors came.

I live and ministered in Montgomery, the birthplace of the Civil Rights Movement, the Montgomery Bus Boycott, where Dr. King preached and where Rosa Parks refused to give up her bus seat, where the Freedom Riders were beaten by an angry mob, and where the Selma to Montgomery March culminated. Our city still tells those stories, and you cannot pastor here without understanding that context, especially if you want to reach all people. So, when the protestors of HB56 came to Montgomery, I wanted to hear what they had to say, even though I did not understand or sympathize with their issue. Historically, it just seemed interesting.

But I listened to the protestors. I heard their appeal. I saw children and families and pastors and leaders. I learned about what was happening to immigrants in our state, why they came to America and the conditions that they were facing. I learned that even if they were brought here as children and had no home to which they could return, there was no avenue for them to apply for legal status. I did not know that.

I learned that millions were basically in a legal limbo, with no country to call home. I began to see how this law trampled on religious liberty issues by effectively criminalizing ministry to people in need if those people were undocumented immigrants. I was bothered that evening. These speakers stood on the same capitol steps where Dr. King once spoke. I was bothered so much that I had began studying the immigration issue for myself.

Over the next two years of study of history, public policy and Scripture, it became obvious to me that my 30-second dismissal of the fate of 11 million people and their 4.5 million U.S. citizen children was in error. I began to actually “see” the immigrants in my city and state who were here illegally, as well as the millions more who had come legally. I began to learn their stories and understand why they came, who brought them here and who benefited from them being here. I began to see them as people made in God’s image instead of just law-breakers or as “foreigners.”

I learned that many of their families were being ripped apart through deportation, and how corruption in our economy and government created a situation where a “black market” for labor existed that these people were being used to fill. I discovered how immigrants actually benefit our economy and our nation in amazing ways. More than that, I began to realize that the future vitality of the Evangelical church in the United States was perhaps tied to the waves of immigrants coming to faith in Christ, starting and filling churches across our land.

As my eyes opened to the state of the church in North America, I realized that something incredible might be happening. Could it be that God was sending millions of people to America from all over the world and that many of those coming here were already Christians? Many more had perhaps never been in contact with the gospel or with the church. They were all made in God’s image and are objects of His love and concern. What if the church in America could pivot toward the immigrant and have yet another chance to love our neighbor and welcome the stranger, many of whom came from very difficult situations in their home countries? God was moving my heart toward the immigrant—legal or not—and calling me to love and serve them sacrificially so that they could find a place here, so that their families and children could prosper and be strong, and so they could fulfill God’s plan for their lives.

We have good reason to think that over the next few decades, America is going to be reshaped significantly. Many churches will be born and many will die. Immigrant communities will be at the heart of this reshaping. Christians from different ethnicities and backgrounds have an opportunity together to help form an emerging America by loving others sacrificially and loving our neighbor as ourselves.

These questions and possibilities are worth exploring. In the midst of all of the division and rancor over immigration in America today, have we stopped to ask what God might be doing in all of this? We really should. It just might be something beautiful.