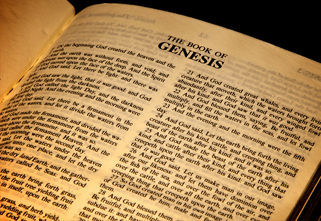 The Christian Post interviewed a woman who undertook a project to literally live the Bible’s instructions for womanhood for one year. After nine months of doing so, Rachel Held Evans has determined that the concept of “biblical womanhood” can be terribly misleading without the cultural context. “After all,” she commented, “it is ‘biblical’ for a woman to be sold off by her father to pay off debt…for her to be forced to marry her rapist…and for her to be one of many wives!” More importantly, she said, every claim of a biblical lifestyle requires assumptions, interpretation, and application of Scripture that must be understood if the person’s ideology is to make sense.

Evans said she endured some odd circumstances during the project, including “camping in the backyard during her time of impurity, covering her head when she prayed, growing out her hair, and learning to cook, clean and sew.” She also said she thoroughly enjoyed celebrating the festivals. But she also has learned a great deal about her sisters in Christ, including the extremely Orthodox, who she now feels are just trying to honor God with their lives the best way they can. She also admits she learned much about herself and had the opportunity to confront several issues in her own life, including her “fear of motherhood, doubts about God, questions about the Bible, and a fear of losing her identity to her husband and children.”

Thomas Nelson will publish a book about Evans’ journey in 2012. Evans hopes those who read the book will realize that “lots of folks who claim to have biblical lifestyles are unaware of what the Bible says!”