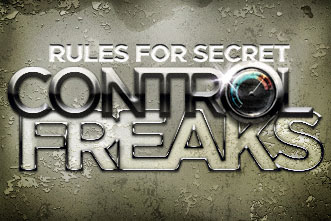 I’m fascinated by leadership. Not necessarily the nuts and bolts science of it (though I read my fair share of how-to books and guides); more the dynamics of it—how certain people attain leader status and what they do with the privilege. I’ve been a leader at each stage of my professional career, and I can tell you plainly that there are a lot of people in leadership who aren’t necessarily interested in leading.

If they were a comic book character, they’d be General Zod.

If life were The Hunger Games, they’d be from District One or Two.

Leaders like this aren’t really leaders; they’re bad leaders, and bad leaders are more concerned with fulfilling their vision for things than anything else.

Everyone and everything under their leadership is a means to an end.

It sounds harsh, I know, because there are plenty of bad leaders who don’t come across as particularly despotic. They actually seem like nice people, the kind of folks you would want to serve under.

I mean, let’s face it—not a lot of companies or organizations keep someone who is obviously a bully (though some, sadly, do). And because of that fact, rule number one of bad leaders (or controllers) is simply “Play nice.”

Playing nice is inaunthenticity (I just made that word up; it means “phonier than an online dating profile”). It’s treating people one way in public and another in private. It’s saying all the right things, but never doing any of the right things.

You can call this behavior anything you want—deception, manipulation, abuse, “being polite”—but it comes down to the leader maintaining control over the people and environment they lead.

The obvious version of this is a micromanager, someone who’s constantly over your shoulder telling you what to do and how to get it done. But true controllers avoid the obvious (remember, rule #1 is play nice) so they freely give away control to anyone who wants it.

People are welcome to step up and try new ideas or take over existing projects that need a fresh spark of energy. But when the workers need new resources, or want to take their projects in a fresh direction, the controller flexes his or her might via one of their strongest weapons: the denial.