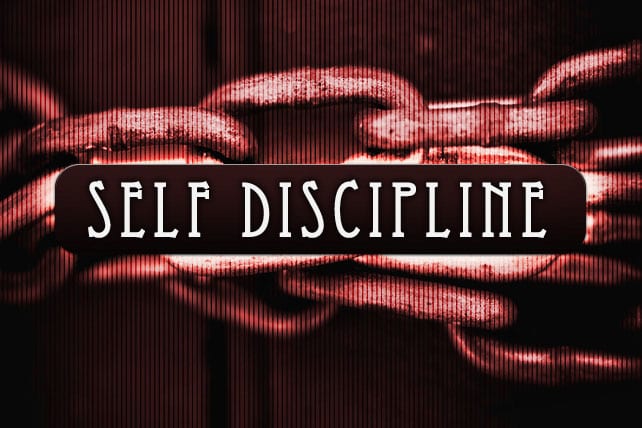 “To live by grace means to acknowledge my whole life story, the light side and the dark. In admitting my shadow side, I learn who I am and what God’s grace means.” —Brennan Manning

Something I heard in an interview the other day got me thinking. A well-known actor was asked about his preparation for a difficult role, and he said it took a lot of work but it was good for him because “freedom lies on the other side of discipline.”

“Freedom lies on the other side of discipline.”

I’m really drawn to this statement. It’s a beautiful phrase, for one thing. Simple. Clear.

But … is it really true?

I think it all depends on what sort of discipline you mean.

In my coaching work, I often encounter people who see discipline as a kind of war you wage against yourself, declaring a particular part of your nature bad and unwanted and declaring war against it. But I have found that any discipline fueled by this kind of self-rejection can never lead to real freedom, because it is rooted in shame and fear, which has nothing to do with freedom at all. Rather, it has everything to do with control, and with hiding, as though we’re putting a part of ourselves under lock and key and “efforting” our way into a kind of false perfection that has nothing to do with wholeness at all.

I’ve noticed we often deal with ourselves in this self-hating way in the name of our faith—that is to say, our desire to please God—even though this is never the way God deals with us. Even when engaging what we might judge as the darkest and most undesirable part of ourselves, God’s approach is always the same: Compassionate Curiosity.