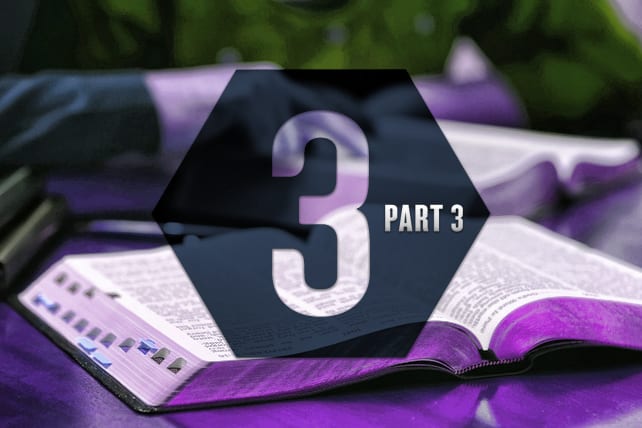 When we began to develop the Faith Community Baptist Church in Singapore, we threw away the traditional church calendar with all its programs. Our motto was, “This one thing we do!” With no apologies, we focused on equipping every home cell to become harvest-focused.

We began by calendaring three harvest events a year: Christmas, Easter and August.

At Christmas, the harvest event was held for several nights in the 12,000 seat Indoor Stadium. On Good Friday, we had each home group share a lunch with a special focus on the death and resurrection of Christ. In August, we had a theatrical performance and created tickets for reserved seats. We learned over five years that the size of the harvest was about the same for each event.

Overseas cell churches in many nations have used versions of the calendar shown in the above diagram. It begins with the conversions in a Harvest Event, whom are gathered for a retreat lasting 1½ days for orientation. They are then placed in a home group I like to refer to as a “Christ Body” and are assigned to a “Young Man” (1 John 2:12-14) for mentoring in a Triad. Each Triad in the group is led by a spiritual “Father” and is helped to grasp basic core values. The next step is to help the converts overcome the strongholds through a second weekend retreat where the focus is on deliverance. Then a special period begins for the group: a third retreat launches preparation to cultivate in the households of new believers. This can last for many weeks (at least seven). During this time the group meets to pray and plan for focusing on home visits, following Jesus’ mandate in Luke 10. After relationships have deepened between the group and the unreached, the group meetings follow even more intensely the pattern of 1 Cor. 14:24, ff.

Investigational Bible studies take place in personal discussions with seekers. This culminates in the next Harvest Event.

I have written an equipping track that is used for each part of this sequence. It is available in English at www.touchusa.org, but is also in Russian, Portuguese, Korean, Spanish, Chinese, etc. in other parts of the world.

In Singapore, we found that it took three cycles for the entire congregation to become acclimated to the schedule of the calendar. After 25 cycles (five years), we had grown from 360 members to more than 7,000 in 700 home cells.

Dion Robert in Abidjan, Ivory Coast, has just celebrated his 40th year since planting his cell church. He now has 229,000 in the hundreds of churches that have been planted in more than two dozen nations. All use their own version of this cycle of Consolidation, Foundation, Penetration and Cultivation.

Obviously the missing pieces in the American small group movement involve either weak or no focus on these areas. What can be done?