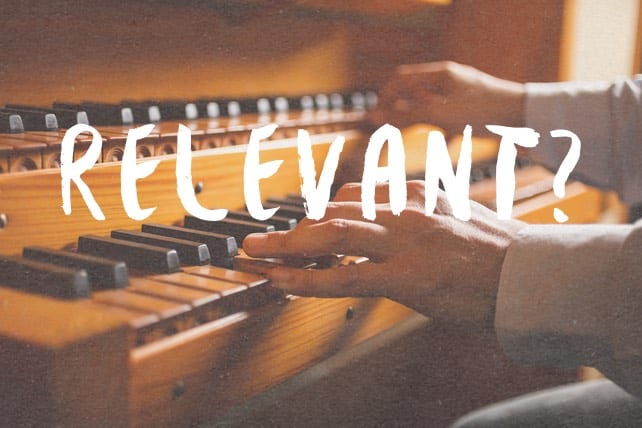 We want to be relevant with our worship music and need to have spiritually vibrant worship. A church itself is described by many leaders by the musical “style” offered. There are traditional, gospel, contemporary and modern as some words to describe just a few of the menu options. Music itself appears to be how we brand our worship. If we brand worship as a musical style, what message does this send?

I may have bad news for those who would be so pragmatic. We want something that works. Would we rather have something dumbed-down that we can control, or something that actually is culturally relevant, powerful or engaging? In a discussion about styles of music in worship, we have to ask about the intent. Why do we want to be “relevant” with our music? My point is clear. It’s complicated.

I am a professional musician. Having been trained in music with classical, jazz and modern music, I would say that any “style” or genre of music is more sophisticated than simply cutting-and-pasting the most visible elements of the music. You can add a rhythm section, but you can’t add the authentic feel with only a surface mimicry. Trust me, it takes immersion to learn the languages of musical styles—truly a worthy task for any musician wanting to grow beyond comfort zones. To learn the swing of jazz you have to live with it a bit and make it your own. If your musicians don’t feel it, do you? Music is best when it is indigenous—locally grown produce. And, when it is it is most authentic. Should not our worship live in this indigenous to authentic zone rather than plastic, pandering trendiness? Is this indeed what is truly relevant?

If something is new does that make it a relevant musical style? We often say, “Out with the old, in with the new.” But wait there’s more! The oldies and the comfortably known sounds may be more than zombies. They are indeed trendy at the moment! Here is a wrench thrown in the logic of chasing after what is novel and next. Why is it that kids are rediscovering vinyl LPs, Johnny Cash and 1980s techno? It used to be that before the 1960s, pop music was limited to one sound at a time. Now, popular music can literally be any genre. An a cappella group called the Pentatonix received one of only two certified platinum selling albums in 2014. And, it was a Christmas album. We observe the beast of music style now becoming more than just “not your momma’s songs” into something undefinable, unpredictable and occasionally unattainable. Church music is way behind when we employ the “what’s next” formula. Obviously, it’s more complicated than finding the next thing. Perhaps it’s in creating music rather than copying a style that allows us to stay fresh. But that is complicated too.

Music is currently niche-driven to ears that are far more sophisticated and diverse than a “style” to adopt for your worship set. Video game soundtracks contain symphonic music—moving far beyond the electronic bleeping of the 1980s. Movies often mashup country, retro oldies and hip hop artists depending on what will help the story line. The TV network CW for some shows tracks “indie” music in the soundtrack score. Music is discovered on places like YouTube, not the local radio station. Discovering music is a popular hobby, as the vastness of choices once made can be downloaded and shared in an instant. Not long ago, church conferences were saying we should sound like our local radio stations to be relevant. Today, that statement makes no sense at all in the world we live in.

Our churches—especially the “contemporary” ones—are less in touch with musical style than they were 10 years ago. There is less diversity than our culture in the local church—less than before. Have we really made strides in racially and ethnically desegregating our worship gatherings? No. Worship music follows suit. Do we have our own culture cemented while our stated intent is to be fluid, “relevant” and in step with culture? Music style is supposed to solve a lot of issues for us. However, it is more complicated than that, is it not?

Perhaps the one or two styles that are professionally packaged for us by a worship music industry are there to serve our wants more than our needs. Why? It easily allows our houses of worship to be “marketed” to as it makes a church in middle U.S.A. sound like one in L.A. It is like our Instagram feed from a church in Arkansas is no different than from one in Oregon. For the musicians, this ubiquity makes worship music today a genre in and of itself. For church goers, the faithful think they should like it but never are asked. They don’t buy it, after all—we as worship leaders and church leaders do. Would you agree, being current is a bit more complicated than banning worship songs written five or more years ago?

If the value is being relevant, who are we being relevant to? Are we simply sounding like the last big conference we attended? Or are we capturing the imagination and hearts of our own city? These are good questions. But music style? It’s complicated. So called “blended worship” today might be more complicated as well—not just a hymns and choruses debate. The mixtures of rock, pop, gospel, classical, urban, country, EDM, post-rock-liturgical and hymns all are on the menu. Try blending that! Like I said: It’s complicated.