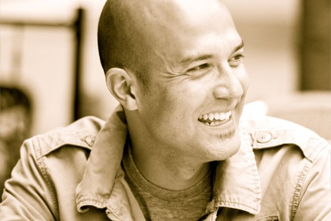 Widely known for his 1997 book I Kissed Dating Goodbye (Multnomah), Joshua Harris now serves as senior pastor of 3,500-member Covenant Life Church in Gaithersburg, MD (covlife.org), a role handed down to him in 2004 by friend and mentor C.J. Mahaney after pastoring the church for 27 years. Studying under Mahaney shaped 32-year-old Harris’ growing convictions about the importance of the local church, a topic he explores in his 2004 book Stop Dating the Church (Multnomah). Harris recently spoke with Outreach about the local church’s role in effective outreach and his own struggles with personal evangelism.

Q: Josh, in Stop Dating the Church, you describe Christians who “date” the local church with no intention of really committing or investing long-term. How do you think that lack of commitment is affecting evangelism in our communities?

A: The Gospel is most clearly understood in community and in believers’ lives being joined together. When we don’t commit to the local church, we’re less evangelistically effective, because while the Gospel we’re sharing may contain all the accurate information, we’re not giving people the full picture. To truly understand the Gospel’s power, you have to see it lived out—in the lives of Christians who are connected to one another. But the world can’t see that when Christians aren’t living life together as the local church.

To encourage my church to commit, I use this illustration: When one person in the audience claps his hands, you can barely hear him. But when everyone begins to clap their hands together, it’s an impressive sound, and people pay attention. Communities of people building their lives around the Gospel grab others’ attention. Then unbelievers see that the Gospel is not just what works for one person, but that there is real power here, something beyond human explanation.

Q: In addition to commitment issues, your book describes how younger generations tend to be highly critical of the local church. What does this communicate to the unchurched?

A: Well, when a person with a critical mindset (and I’ve been one of those people) is grouching about the church, it’s not going to inspire the unchurched to want to be there.

Our generation wants to relate to the unchurched, to show them that we’re not associated with things in the church that are less than appealing. But it’s much more compelling when we say, “You know what, there are problems here, and I’ll be honest with you, I’ve contributed my own set of problems. But here is who Jesus is and here’s how He’s changing us. And I want to be a part of a generation that’s seeking to fix the problems and be obedient.”

Ultimately, a church only changes when people claim their role in the body of Christ and work hard to contribute and strengthen other members.

Q: How do you encourage your congregation at Covenant Life to claim their role and share the Gospel?

A: This is one of the biggest questions our pastoral team is struggling with. How do we ensure we’re making disciples while simultaneously having a heart for the larger community? I don’t pretend to know that balance.

Right now, I’m preaching a series in 1 Corinthians where Paul talks about his willingness to become all things to all men and lay down his rights and comforts. I’m really challenging our church to remember that the Gospel advances when we care more about lost people than we do about protecting our rights and our own comfort. I’m trying to teach and model that concept, but I’d rather preach in front of 10,000 people than sit down across from one person and try to share the Gospel with her! I tend to do the wimpy style of evangelism that doesn’t require any challenging confrontations. That’s why I’m seeking to exert myself in forming friendships and finding natural ways to get involved in the lives of those who don’t know the Lord. It’s kind of silly, but I’ve done this by preparing my messages at the café in a local Whole Foods store. I’ve gotten to know all kinds of people who work there and formed some great friendships.

Q: In this postmodern society, do you believe there’s still a place for traditional evangelism, or should we adapt our methods to the culture?

A: Adapting is something a lot of pastors my age are struggling with. Yes, we should be adaptable when it comes to methodology. But if we’re adapting our message to get people in the door, then what they are hearing is not challenging their false views of life and God.

We absolutely need to study people and understand their assumptions and hindrances to share truth with them. However, it’s a very unloving thing if we’re so concerned with impressing people that we don’t recognize the cross is always going to be foolish, despised by many. We need to be ready for that!

But that doesn’t mean we unnecessarily offend. Essentially, we want the only stumbling block to be the message of Christ crucified—not politics, our religious lingo, or religiosity that’s not a part of the central truth of Christ crucified. If people are going to stumble, let them stumble over the message that they are sinners who need a Savior—let’s get the other stuff out of the way.

Q: What gets in your ministry’s way sometimes, and how do you fight the obstacles?

A: I think my church for years has been more event-driven. We want people to encourage their friends to go to this event or show up for that special day. And although these things aren’t bad, we’re trying to move away from that. We’re saying, love people and get in their lives, care for them, know them, serve them, and then bring them into the community in different ways.

A challenge for me personally is not focusing on the numbers. It’s easy to define your success by numbers, but this can lead us away from our priorities. We want to be servants to our world but don’t want to be self-serving by adapting the message in such a way that just gets people in the door. I don’t have that completely figured out, but that’s what I want to keep wrestling through.

this …
by Andrea Bailey
Outreach magazine

Copyright © by Outreach magazine. All rights reserved. Used by permission.