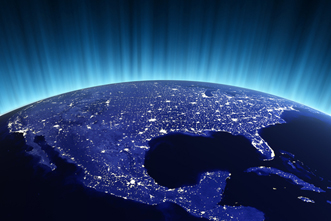 The newest Barna research confirms that cities in the South have the highest proportion of residents who describe themselves as Christian. Ninety-eight percent of those surveyed in Shreveport self-identified as Christian, as did 96 percent of those in Birmingham and Charlotte and over 90 percent of residents of Nashville, Greenville, SC/Asheville, NC, New Orleans, Little Rock and Memphis. The lowest number of Christians, according to the study, inhabit the coastal states, particularly in San Francisco (68 percent Christians), Portland, OR (71 percent), Portland, ME (72 percent), Seattle (73 percent), Sacramento (73 percent), New York City (73 percent), San Diego (75 percent), Los Angeles (75 percent), Boston (76 percent), and Miami (78 percent). Even in the states with the lowest percentage of Christians, however, nearly three out of four residents call themselves Christians in every city studied. Additionally, weekly church attendance rates were found to be highest in Birmingham, Baton Rouge, and Salt Lake City, while the largest percentage of unchurched adults reside in San Francisco, Portland, ME, Portland, OR, Albany, Boston, Sacramento, and Seattle. Cities with the largest rates of megachurch attendance included Las Vegas, Orlando, Dallas, San Diego, Tampa-St. Petersburg, and Houston.