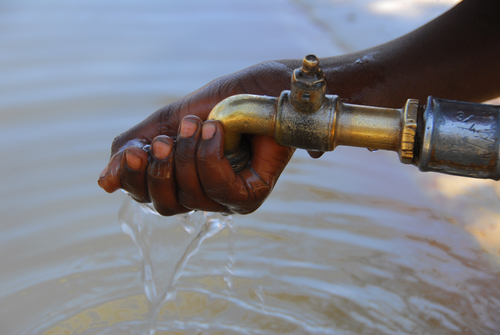 The Washington Post reported Friday that more than 700,000 people in Africa now have clean drinking water today because of the efforts of the award-winning Christian rock band, Jars of Clay. The group had a goal of reaching 1,000 African communities with clean water through their organization, “Blood: Water Mission.” The band members admitted when they began, it was a lofty goal to reach, but over five years, they raised almost $7 million for water, sanitation projects, hygiene training, and their personal trips to Africa to see the progress as it happened. Keyboardist Charlie Lowell told the story of a woman in one village who said having clean water “makes her feel like a woman again” because her skin health and tone has improved so much. Lowell said, “It is about health, and it is about sanitation and clean water, but just under that there’s this human dignity piece.” All water projects are run by locals who decide how to implement the water source in the best way for their village. The band will celebrate the accomplishment with a benefit concert at the Ryman auditorium in May.