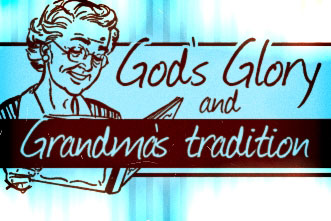 He removed the high places, smashed the sacred stones, and cut down the Asherah poles. He broke into pieces the bronze snake Moses had made, for up to that time the Israelites had been burning incense to it.

It wasn’t supposed to be this way.

The bronze snake had at one time been an instrument of transformation. It healed people. Saved them from the consequences of their sin. But then the people turned it into an object of worship. And thereby ruined it and robbed it of its power.

This is the essence of traditionalism. It’s not simply holding onto Grandma’s preferences. It’s when we take things. Good things. Effective things. And we end up worshiping them instead of the God who used them for a season. And it can happen to anything.

One campus. Or multiple campuses.

None of these are bad things, but they’re also not the ultimate thing. And therefore, we shouldn’t treat them as such.

Otherwise, we run a dangerous risk. The very thing you hold up as a tool for transformation today can easily become an idol of tradition tomorrow.

And God has a way of smashing our idols. Or rendering them powerless.

Don’t get me wrong. We should never lose our appreciation or respect for the things God uses to reach people and transform their lives.

But we should also never allow them to steal God’s glory by becoming a greater object of our affections than God or the new ways He wants to work among us.

And our own as well.