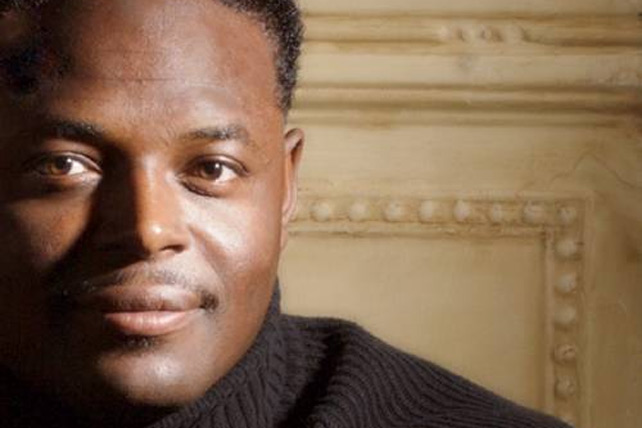 Mike Brown, an unarmed 18 year-old, black teenager was recently shot and killed by police in Ferguson, Missouri, a suburb of St. Louis.

This is a sad, horrific and an all-too-familiar ugly story.

We don’t know all the details of what went down in Ferguson, but what we do know is that black evangelicals and white evangelicals interpret these types of situations very differently.

What if black and white evangelicals attended multi-ethnic churches instead of segregated ones?

If this Christ-exalting life were to become our reality, we could address racism, oppression and injustice together.

What if black and white evangelicals and other evangelical ethnicities shared life with each other in a local church community and heard each other’s stories and walked in each other shoes?

If this Christ-exalting life were to become our reality, I believe our suspicions and mistrust of one another would be abandoned and replaced with love for one another.

Sadly, only 13.7 percent of evangelical churches in America are multi-ethnic. And according to Drs. Michael Emerson and Gerardo Marti in their article, “The Rise of the Diversity Expert,” many multi-ethnic, local congregations don’t really discuss racial issues anyway. This “renders racial injustices invisible and thereby perpetuates racial inequality.”

As my good friend Trevin Wax, a brilliant, young, white Southern Baptist theologian, wrote in his blog yesterday, “Ferguson is ripping the bandages off the racial wounds we thought were healing but instead are full of infection.” And, “It is exposing the scabs of our failure to live up to the ideals put forth in our Declaration of Independence.”

Racism and injustice is nothing new in our broken world. The first-century, in which Jesus’ Church was birthed, was besieged with racism, injustice and oppression.

As Frank Viola and I wrote in a previous blog (http://www.derwinlgray.com/race-card-early-christians-teach-today/), “In the mind of a first-century Jew, Gentiles (Africans, Romans, Greeks, Syrians, Asians, etc.) were created to fuel the fires of hell. When a Jew called a Gentile ‘uncircumcised,’ he spit it. It was a name of profound contempt.”

If a Jew married a Gentile, the Jewish parents held a funeral service for their child. In their eyes, their child was dead.

On the flip side, Gentiles regarded Jews to be subhuman. Historically, the Jews have been an oppressed people, living under the thumb of one Gentile nation after another (e.g., Egypt, Assyria, Babylon, Greece and Rome).

In all of human history, there has never been so much animosity, hatred and violence between two groups of people as there has been between the Jew and the Gentile.

THE NEED FOR MULTI-ETHNIC LOCAL CHURCHES

But God birthed a group of people on the planet who He recreated in His eternal Son Jesus to transcend this racial hostility, injustice and oppression. He did this by means of Jesus’ death on the cross so that our hostility toward each other was put to death.

For Christ Himself has brought peace to us. He united Jews and Gentiles into one people when, in his own body on the cross, he broke down the wall of hostility that separated us. He did this by ending the system of law with its commandments and regulations. He made peace between Jews and Gentiles by creating in himself one new people from the two groups. Together as one body, Christ reconciled both groups to God by means of his death on the cross, and our hostility toward each other was put to death. Ephesians 2:14-16 NLT

The reason the church is segregated is that we don’t believe deeply enough in the power of the cross. It seems to me that evangelical’s seem to not really believe that the cross of Christ has anything to do with racism.

But the Gospel-reality is that “God by means of his death on the cross, and our hostility toward each other was put to death.” Ephesians 2:16 NLT

Maybe I’m just naive and believe what the text says?

We need multi-ethnic churches that have ethnically diverse leadership like in the church in Antioch (Acts 13).

We need multi-ethnic churches who address all sin issues, including racism, injustice and oppression from a Gospel-inspired perspective.

We need multi-ethnic churches in urban, suburban and rural areas.

We need multi-ethnic churches that show the world what reconciliation looks like.

This is what the Apostle Paul was doing in Colosse,

Put on your new nature and be renewed as you learn to know your Creator and become like him.  In this new life, it doesn’t matter if you are a Jew or a Gentile, circumcised or uncircumcised, barbaric, uncivilized, slave or free. Christ is all that matters, and he lives in all of us. Since God chose you to be the holy people he loves, you must clothe yourselves with tenderhearted mercy, kindness, humility, gentleness and patience. Make allowance for each other’s faults and forgive anyone who offends you. Remember, the Lord forgave you, so you must forgive others. Above all, clothe yourselves with love, which binds us all together in perfect harmony. And let the peace that comes from Christ rule in your hearts. For as members of one body you are called to live in peace. And always be thankful. Let the message about Christ, in all its richness, fill your lives. Colossians 3:10-16 NLT

PASTORS & CHRISTIANS, WHAT ARE GOING TO DO?

One of the reasons we planted Transformation Church was to not just assure people they go to heaven when they die, but to give the world a picture of what heaven will look like as the Gospel transforms us here on earth:

And they sang a new song, saying: “You are worthy to take the scroll and to open its seals, because you were slain, and with your blood you purchased for God persons from every tribe and language and people and nation. You have made them to be a kingdom and priests to serve our God, and they will reign[a] on the earth.” Then I looked and heard the voice of many angels, numbering thousands upon thousands, and ten thousand times ten thousand. They encircled the throne and the living creatures and the elders. In a loud voice they were saying: “Worthy is the Lamb, who was slain, to receive power and wealth and wisdom and strength and honor and glory and praise!”

So are we just going to scream “racism” and “injustice” from behind our segregated church walls or are we going to start building multi-ethnic communities that embody what God’s desire for the world is to be?

I choose to build. How about you? Take a look at this: http://www.derwinlgray.com/video-worth-10000-words/