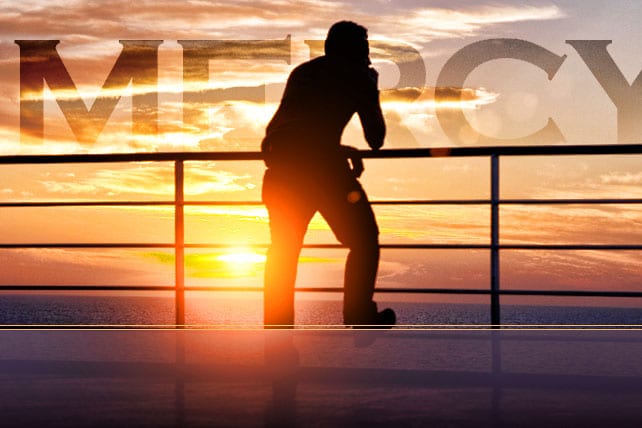 When God chooses not to tell us everything, he shows us more mercy than we realize.

On the Mount of Olives with Jesus, just before his ascension to the Father, one of the disciples asked a question that must have been on everyone’s mind: “Lord, will you at this time restore the kingdom to Israel?” (Acts 1:6).

Now, after Jesus’s triumphal resurrection, they finally understood why the King had to suffer and die before the kingdom could really come. Jesus was the sacrificial Lamb of God whose death would atone for all the sins of all his people for all time.

It all made glorious sense.

So the stage looked set. Having conquered death, this King was invincible. What threat was the Sanhedrin or Herod or Pilate or Caesar? Surely the time had come for the long-awaited King to assume his earthly reign, right?

“It Is Not for You to Know”

Jesus’s answer: “It is not for you to know times or seasons that the Father has fixed by his own authority. But you will receive power when the Holy Spirit has come upon you, and you will be my witnesses in Jerusalem and in all Judea and Samaria, and to the end of the earth” (Acts 1.7–8″ data-version=”esv” data-purpose=”bible-reference”>Acts 1:7–8).

In other words, “Now is not the time. And you don’t need to know when it will be. But for now, I have work for you to do.”

God tells us enough to sustain us if we trust him, but often that does not feel like enough. Tweet

Can you imagine how the disciples might have felt if at that point the Lord had explained to them that he would not assume his earthly reign for another two-thousand-plus years, during which the church would face delay and struggle and sacrifice as it spread around the world? Two thousand years?

God is merciful not to tell us everything. He tells us enough to sustain us if we trust him, but often that does not feel like enough. We really think we would like to know more.

Some Knowledge Is Too Heavy for You

In her book The Hiding Place, Corrie Ten Boom recalled a time when, as a young girl, she was returning home on the train with her father after accompanying him to purchase parts for his watch-making business. Having heard the term “sexsin” in a poem at school, she asked her father what it meant. After thinking for a bit, her father stood up and took down his suitcase from the rack. And this is how Corrie remembers their conversation:

“Will you carry it off the train, Corrie?” he said.

I stood up and tugged at it. It was crammed with the watches and spare parts he had purchased that morning. “It’s too heavy,” I said.

“Yes,” he said. “And it would be a pretty poor father who would ask his little girl to carry such a load. It’s the same way, Corrie, with knowledge. Some knowledge is too heavy for children. When you are older and stronger you can bear it. For now you must trust me to carry it for you.”

God is also a wise Father who knows when knowledge is too heavy for us. He is not being deceptive when he does not give us the full explanation. He is carrying our burdens (1 Peter 5:7).

God is very patient and merciful with us. Someday, when we are older and stronger, he will let us carry more of the weight of knowledge. But until then let us trust him and thank him to carry our burdens.