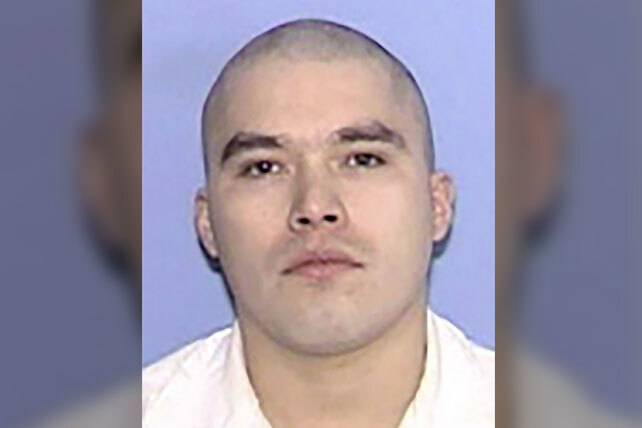 CORPUS CHRISTI, Texas (AP) — A Texas death-row inmate has sued state prison officials to allow his pastor to lay hands on him as he dies from a lethal injection.

John Henry Ramirez, 37, is scheduled to be put to death in the Texas death chamber on Sept. 8, but his attorneys said in a federal lawsuit filed Tuesday in Corpus Christi that state prison officials had denied his request to have his pastor lay hands on him as he dies.

The lawsuit asked a federal judge to allow Dana Moore, pastor of the Second Baptist Church, a Corpus Christi congregation of about 200 worshippers, to be present in the death chamber at his execution and lay hands on him as Ramirez dies. The lawsuit states that Moore has ministered to Ramirez for five years.

Officials of the Texas Department of Criminal Justice, which operates the Texas state prison system, had no comment, said a department spokesman.

The lawsuit cites a 2019 U.S. Supreme Court order that stayed Patrick Murphy’s execution unless the inmate’s Buddhist spiritual advisor be allowed to accompany Murphy in the Texas execution chamber. Murphy, who is one of the “Texas 7” gang of escaped inmates convicted of killing a suburban Dallas police officer, has not received a new execution date.

Ramirez was condemned for the 2004 stabbing death of Pablo Castro, a 45-year-old Corpus Christi convenience store worker. Authorities say Castro was stabbed after a robbery that netted just $1.25.

Ramirez has already had two stays of execution, once in 2017 so he could get a new attorney and again last September because of the COVID-19 pandemic.