Asked if a way forward would be for marriage to no longer be a sacrament offered by the church and instead just a legal contract, she said: “It should still be a sacrament. All people should have the possibility of that grace that comes from the sacrament.”

One of the Church of England’s leading campaigners on LGBTQ equality, Jayne Ozanne, said she welcomed the change to the document but it was not enough. “We need an apology and an explanation as to why this happened and how it happened. Nobody has owned up to it and ultimately the archbishop of Canterbury should not have signed it off.” 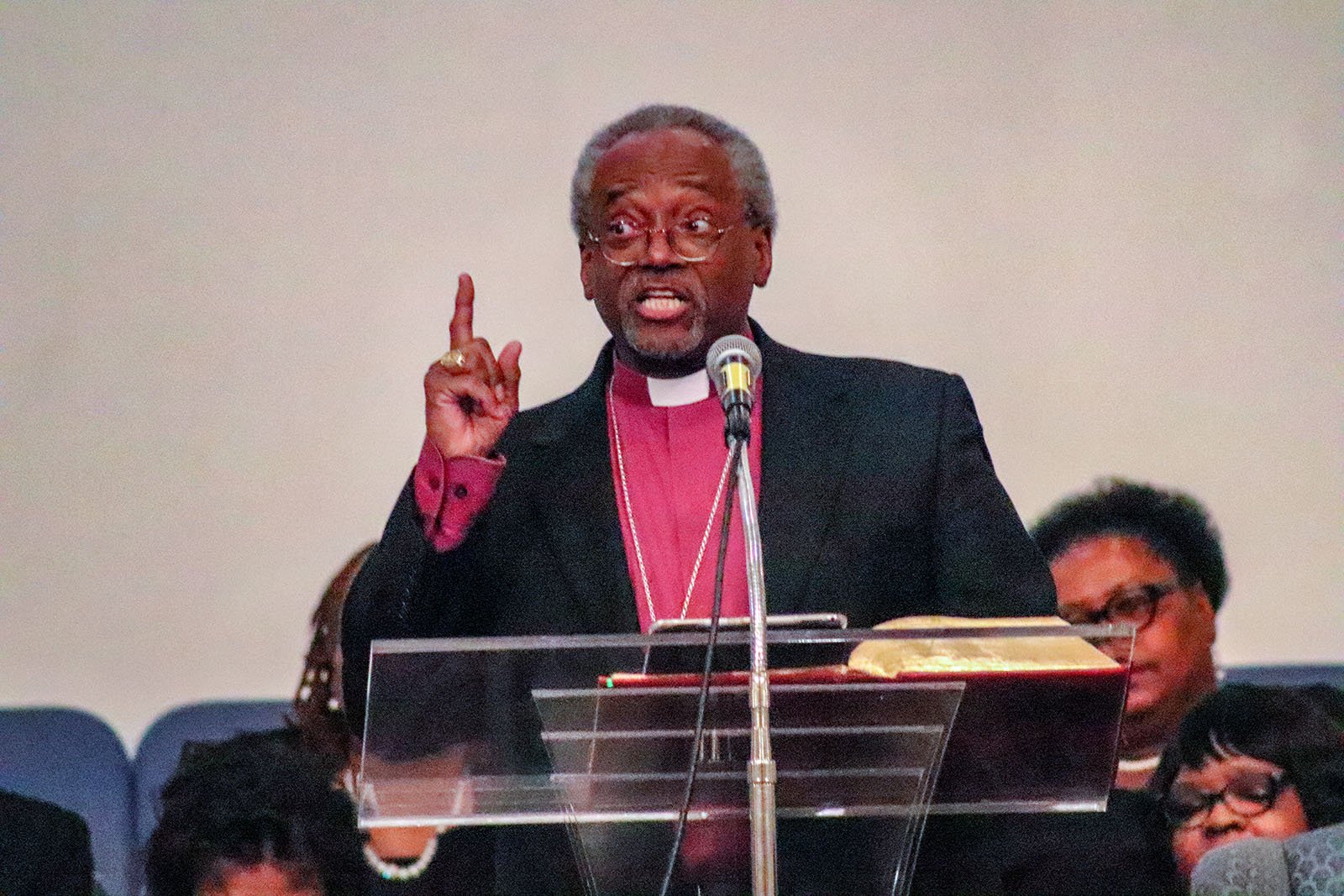 This is the first Lambeth Conference he will attend as presiding bishop.

Bishops from Rwanda, Nigeria and Uganda are boycotting the conference.

In 2020, the spouses of same-sex couples were banned from attending the conference, which was ultimately canceled due to the coronavirus pandemic. This year, they are allowed to attend but only as observers, not spouses. They can attend meals but are banned from Bible study.

The archbishop of Canterbury told a press briefing that this year’s conference would address the “great challenges that the next 30 or 40 years will impose upon the vast majority of Anglicans, especially those in areas of climate fragility, and of political and other fragility.”

“Without ignoring those things on which we deeply disagree, I pray that we will approach this gathering with an even deeper sense of what unites us: the love of Jesus Christ and his calling to serve God’s world.”

The deliberations of the conference will result in “Lambeth Calls” — declarations and affirmations from the bishops to member churches. The word “resolution” has been dropped to avoid giving the impression that the conference has the power to make legally binding decisions.

In a strongly worded letter, the primates of Nigeria, Uganda and Rwanda — Archbishop Henry Ndukuba, Archbishop Stephen Kaziimba and Archbishop Laurent Mbanda — said that they were staying home.

“Nothing has really changed about the issues in contention, which broke the fabric of the communion in the first instance. Rather, things are getting worse as the culprits are becoming more daring and persistent in their errors and rebellion,” those theologically conservative primates said.