White’s Chapel fits that bill — Southlake is no stranger to the polarizing debates about critical race theory in schools, about gun rights and LGBTQ rights. But the congregation is no stranger to competing ideas, either, and says it does not plan to join the Global Methodist Church, the new conservative denomination offering a home to like-minded United Methodists.

Rather, White’s Chapel hopes to create what they call a Methodist Collegiate College, “envisioned to create a new form of connectionalism — one of shared ministry, equal accountability, and practical governance.”

And it’s hoping other churches might join it in time.

“We want to work together, and we want to be a healing agent between all of Methodism,” said the Rev. John McKellar, co-pastor of White’s Chapel.

McKellar hopes White’s Chapel — which sees close to 6,000 attendees weekly — can become an example of respectful discourse and find pockets of unity in “an era of polarization,” he said. 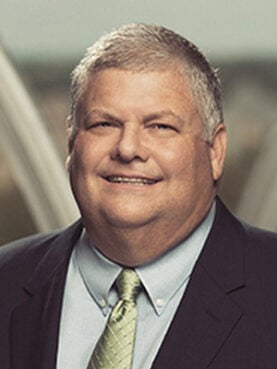 “People have very different opinions and thoughts on politics and on different theological ideas, if we can’t find a common ground and worship together, what are we modeling for the rest of the nation?” he said.

The Rev. Todd Renner, who co-pastors with McKellar, thinks White’s Chapel isn’t alone in seeking moderation. He sees the Global Methodist Church as more conservative and the existing UMC as more progressive “than those of us that are kind of moderate.” Many, if not most, of the bigger United Methodist churches, Renner said, have congregants all across the political spectrum.

The vote at White’s Chapel — on Nov. 7, the day before the midterm election — brought 2,505 members to the church, which was open from 7 a.m. to 7 p.m. They filed inside past security and into the church lobby, where sweets were laid out on a table and fellow congregants were chatting. Voting took place in a separate room, and voters cast their vote on an electronic voting machine.

The result was lopsided, with 2,338 voting to disaffiliate, 160 voting against and seven abstaining.

The pastors of White’s Chapel say they’ve heard from other “in between” churches who are interested in a more centrist conference, but they declined to share what churches that might be.

The Rev. Jay Therrell, president of the Wesleyan Covenant Association, which advocates for UMC conservatives and is aligned with the Global Methodist Church, said the group is happy that White’s Chapel has voted to disaffiliate and believes it’s best for the future of the Southlake church.

“While we wish that White’s Chapel, and all disaffiliating churches, would join the robust future of the Global Methodist Church, we understand that some are soured on denominations because of the mistreatment of the United Methodist Church. The GMC’s doors will always be open, and we hope that one day we will all be together,” Therrell said.

Since the denomination was launched in May, he said in an email to RNS, “Hundreds of churches have already become congregational members of the Global Methodist Church and hundreds more are in the process of doing so.”

White’s Chapel’s disaffiliation still must be approved by the Central Texas Annual Conference, the regional governing body. In September, a special session of the annual conference approved 81 churches’ resolutions to disaffiliate. The conference next meets in June.