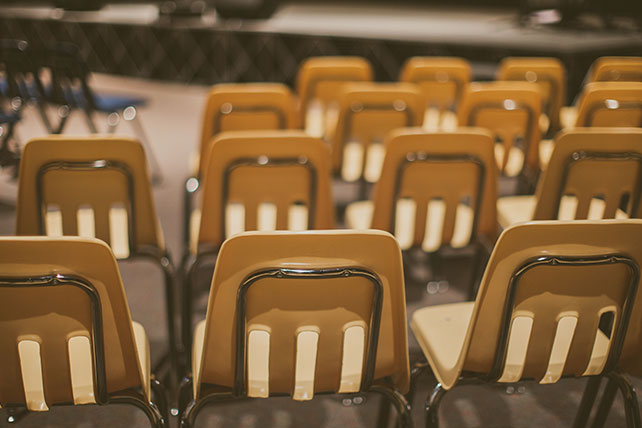 1. Christians Are Naïve About Sexual Predators.

Some sexual offenders state it outright—they go after churches because Christians tend to be naïve. Anna Salter says, “If children can be silenced and the average person is easy to fool, many offenders report that religious people are even easier to fool than most people.” Reju says, “Christian are, generally speaking, trusting folks.

Child abusers recognize this fact and want to take full advantage of it.” He quotes a former prosecutor who lays it out: “For a variety of reasons, we naively tend to automatically lower our guard when we are amongst professing Christians. This same naïveté is why offenders flock to the faith community; no other environment provides them such quick and easy access to children without fear of raising concerns.”

2. Christians Are Ignorant of the Problem.

Christians are not only naïve, but also ignorant—ignorant of the problem of abuse and the extent of the problem within faith communities. Many Christians consider it unlikely or impossible that abuse could happen within their church, so they fail to take adequate measures, they ignore warnings and they disregard reports.

Reju says, “Many Christians don’t know how to distinguish likability and trustworthiness. They confuse the two categories, assuming that if someone is courteous and nice, they must also be trustworthy. Moreover, some Christians behave as though the problem doesn’t exist, and some look with suspicion on reports of abuse. They believe children are lying and are more prone to take an adult’s word. Sexual predators know that these dynamics operate in churches, and they know they can get away with a lot on account of it.”

Others don’t even bother showing up for their service. So, when a courteous, kind, reliable man walks in and offers to help, who’s going to turn him down? No other organization provides such quick and easy access to children. Sexual predators know this, so they show up at churches, eager to make themselves known and ready to serve.”

Sometimes authority is put in the hands of evil individuals who then abuse that authority by taking advantage of others. Christians are rightly taught to submit to authority, but not always warned that there are situations in which authority can and must be defied. “Child abusers will use positions of spiritual authority to gain access to children and abuse them.

Ask yourself: If a pastor or priest walks into a room, what’s your normal disposition? Most of us have a degree of caution around strangers until we’ve gotten to know them and built a trusting relationship. But pastors and priests are often afforded trust just because of their position as clergy.” This, of course, has been proven again and again by sickening news headlines.

5. Churches Can Be Manipulated by Sexual Predators.

Church offers religious roles or language that abusers can manipulate to accomplish their ugly purposes. Child abusers often use church-based roles in order to provide rationale and cover for their abuse. An offender may take on a role like Sunday school teacher, nursery worker, youth minister, camp supervisor or pastor in order to gain the position he or she needs to access children. He may “also use religious language to confuse a child’s understanding of God, sin or faith. An offender might tell a child that he is loving the child when in fact he is abusing him.

The child might have a sense that he is sinning in some way, especially if he hears from his parents or the church that sex outside of marriage is sin. But when a Sunday school teacher or pastor or priest tells him something like, ‘God told me to do this, so you must obey me,’ or ‘This is not sin, but love,’ the child will not only be confused but will be inclined not to second-guess a religious authority figure.” Religious roles and language can provide all the cover an abuser needs.

Sometimes abusers are caught, but even then they may get away with their crimes. Abusers count on receiving cheap grace—grace that comes far too freely and with far too little cost. “Abusers are not dumb. They know that if they cry, offer words of contrition and promise never to do it again, they are very likely not to have to face significant consequences.

Pastors and churches are very forgiving. They are quick to apply the gospel—and very, very slow to apply the consequences that come from the law.” An offender will weep and admit that he was wrong and promise never to do anything like it again, and the church may respond by determining they will let it go this once. But when they do that, they simply allow the offender to go right back to his behavior, and allow the child to remain a victim.

In the face of all of this, it is no wonder that the Bible calls us to be “wise as serpents and innocent as doves” (Matthew 10:16). But while all of these dangers are true, and while abusers are deliberate in targeting churches, this does not mean that we are left defenseless. For that reason the bulk of Reju’s book is dedicated to creating and enforcing policies that will protect the innocent—innocent children who participate in church activities, and innocent adults who care for them. Please, will you have someone in your church read the book and see how you can better prevent abuse in your church?

You can read my review of On Guard right here. It is available at Amazon and Westminster Books.