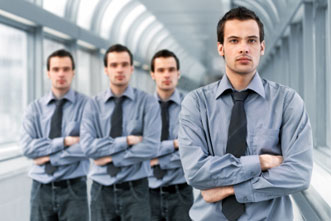 A couple of months ago, I had the chance to be interviewed by Drew Marshall on his radio show.  A few weeks prior to the actual radio spot, Drew and I shared a phone conversation. He was wanting to get to know me. Who is this Modern Reject chick and what is she all about?

He asked me if I am Donald Miller-ite. “No,” I answered flatly. “Well then, do you worship at the altar of Beth Moore,” he asked? “Um, not exactly,” I responded.

He paused for a moment and then told me very bluntly that he needed to know who I identified with in the Christian culture if he was to “get to know” me. I scrambled for a second. I hate questions like this. What authors I read is one thing. What Christian leaders I respect is another…

…but who do I worship? Who do I identify with my faith? I struggled to answer and then said the only thing I could…

“I know this might be a cliche answer,” I told him, “but I really don’t associate myself with any one Christian leader, thinker, or pastor.” He was quiet. I could tell my answer was unsatisfactory.

So, to appease Drew Marshall, I listed off some of my favorite Christian authors–the usuals: C.S. Lewis, A.W. Tozer, but also some contemporaries like Frank Viola and Francis Chan.

He seemed satisfied enough with my answer and so was I. We moved on.

But after our little phone chat, I kept wondering if maybe I was suppose to have some succinct, tidy, formulaic answer as to who I associate myself with. I mean, a lot of Christians do, especially Christian bloggers. Was I weakening my influence or shortening my reach by not identifying myself with one particular (or 2 or 3) Christian thinker(s).

And then my husband’s wise words came to my mind. He always talks about the difference between imitation and identification.

You see, the apostle Paul told his disciples to imitate him, as he imitated Christ. He also told us in another passage to simply be imitators of God. But the world, and more specifically, the Christian culture, very much encourages us to identify with others–Christian leaders, as it were.

Imitation tells us to model ourselves after someone. Imitation is to follow. Identification, on the other hand, incorporates aspects of another person’s personality. One definition says:

Identification is “the transference or reaction to one person with the feelings or responses relevant to another, as the identification of a teacher with a parent.”

The difference between the two words–imitation and identification–may seem subtle, but it is not.