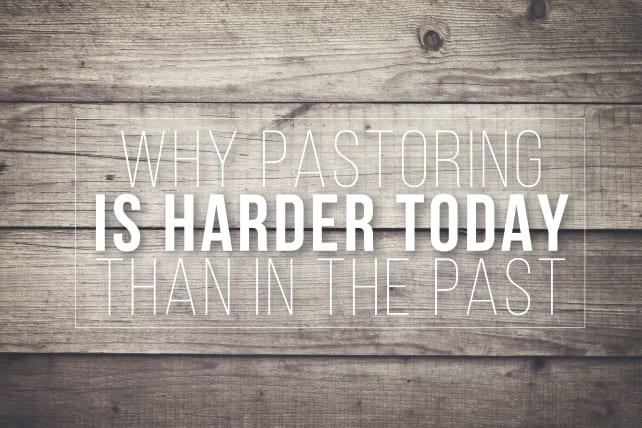 I’m sure that pastoring a church has always been difficult. At the same time, though, it seems much harder today than it was 35+ years ago when I started in full-time pastoral ministry. Here’s my assessment about why the task is harder:

What are your thoughts, pastors?