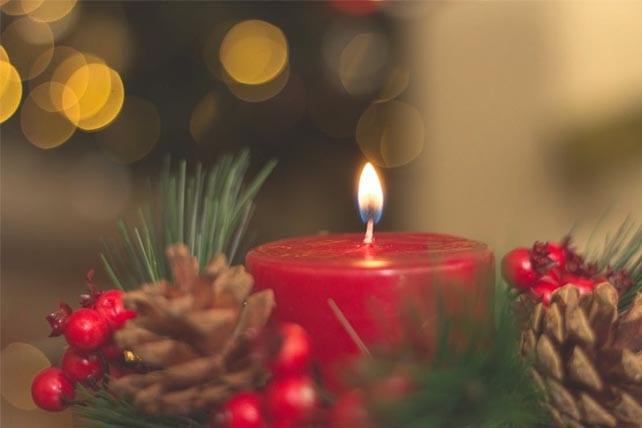 During the mere six months I have served as a youth minister, I have probably eaten at Panera Bread more than I have in my previous 22 years of life combined. Is it because I love the mediocre food and coffee? Hardly. It is, however, a favorite spot of many students in my ministry. Whenever they have time to grab a meal, nine times out of ten, they will choose Panera, usually to my (hopefully concealed) chagrin.

In our ministries, we are called to meet students right where they are, coming alongside them in faithful discipleship regardless of how convenient it might be for us. As a new youth minister, I am learning slowly but surely how important this is in fostering relationships with students, especially during these initial stages of cultivating their friendship and trust. For me, this looks like Friday nights spent at High School band concerts, awkward surface-level conversations about math tests, and yet another turkey sandwich from Panera Bread.

As I grow in my ministry, however, I pray this also looks like grieving breakups with them, walking with them though seasons of doubt, and simply showing up as a constant presence in both their peaks and valleys.

Of course, I will not always succeed at this. I have already experienced frustration, cynicism and doubt that the work I am doing is meaningful. The relational work of meeting teens where they are is a lonely, humbling and often daunting task. Yet it points us to the One who has perfectly done the same work with us: our faithful Savior who has come down to meet us in our darkness.

My first Advent as a youth minister is here. Advent is a season in which we celebrate the birth of our Savior and eagerly await His second coming; I have come to see the beauty of the Incarnation with completely fresh eyes. God has been gracious to show me that Jesus’ human birth is as groundbreaking today as it was the night of the first nativity. The truth that the glory of God was made flesh and “dwelt among us” (John 1:14) has significant implications for our ministries, both as a guiding doctrine and as a hope that we ourselves are met in our doubts and frustrations.

In his work On the Incarnation, St. Athanasius writes:

“For he did not wish simply to be in a body, nor did he wish merely to appear, for if he had wished only to appear he could have made his divine manifestation through some other means. But he takes that which is ours […] so that he might turn them again to incorruptibility and give them life from death, by making the body his own and by the grace of the resurrection banishing death from them as straw from the fire.”

Jesus Christ, the very Word of God, full of His glory, assumed our human form to redeem us. In putting on our humanity, the Creator of the Universe left his home in Heaven, arrived in a feeding trough, lived a humble life full of persecution, only to then be murdered on a cross. Obviously, this was neither easy nor fun. Yet it was necessary so that He might reclaim us, His beloved children who have turned against Him since our beginning. In coming down to a broken world that did not receive Him, Christ has restored us relationally with God the Father.

With the help of the Holy Spirit, we are called to mirror this incarnational relationship with our students: humbling ourselves, meeting them where they are, and relating to them just as Christ has done with us. When we look to Christ, we are reminded that He became involved in our messy, awkward lives so that we might abide in Him, therefore encouraging us to do the same with our students in hopes that they themselves might experience the joy of personally knowing Christ.

I have learned that If I am obedient to this call to meet my students where they are, my life might not always be easy or fun. Yet, thanks be to God that the truth of His incarnation applies to us all, meaning He is with me in my loneliness and frustration. Even better, He has experienced it Himself. As a human who lived on this earth, Jesus knew what it was like to feel defeated, lonely, and frustrated: feelings we as ministers know all too well. Yet, the incarnation means that God, our Emmanuel, is with us, comforting us as a “wonderful counselor” who has experienced all the pains of humanity. Hebrews 2:17-18 summarizes this powerfully:

“He had to be made like his brothers in every respect, so that he might become a merciful and faithful high priest in the service of God, to make propitiation for the sins of the people. For because he himself has suffered when tested, he is able to help those who are being tested.”

May the incarnation continue to comfort those, who like myself, are in the throes of relational ministry with little evidence of fruit: We have a Savior who has been like us in “every respect,” yet who now sits at the right hand of the Father. May we be granted daily grace to follow the One who has, as the classic hymn says, “laid his glory by” to come and rescue us. And may we be strengthened by His Spirit to lay aside our notions of glory as well in order that we might relate to our students wherever they are…even if that means eating at Panera Bread, yet again.