***Editor’s Note: This post comes to us from Preemptive Love, an organization committed to remaking the world by providing lifesaving heart surgeries for children, food and shelter for those persecuted by extremists, education for at-risk children, and small-business empowerment grants so people can put their own lives back together.***

President Trump’s executive order on immigration and refugee resettlement has already been called a “defining moment.” It has further polarized people in the United States—leading to protests at airports and heated arguments on Facebook. And it’s had repercussions around the world.

These are not easy conversations to have. But wherever you are on this, there is space for you at the table.

If you’re a refugee or part of a family fleeing war: We see you. We hear you. We are for you.

If you’re an American and you’re devastated right now because you want to open your heart and your doors to refugees: We see you. We hear you. We are for you.

If you’re an American and you want to make sure your borders are secure and your kids are safe from terror attacks: We see you. We hear you. We are for you.

Beyond the debate, beyond the spin, there are five things we think you should know about this executive order.

1. The scope of the order is limited in some ways…and far-reaching in others.

President Trump’s executive order includes a 90-day ban on all citizens from seven Muslim-majority countries: Iran, Iraq, Syria, Yemen, Somalia, Sudan and Libya. The ban also applies to anyone holding dual citizenship. The only exemptions are for those traveling with diplomatic visas and foreign government officials.

The order also suspends the admission of Syrians, including Syrian refugees—indefinitely.

Further, it suspends the entire refugee program for 120 days, even for those who had already received approval to resettle in the U.S. This is why you’ve seen stories of families being turned away at the airport when they arrived to be resettled. They played by the rules, and then the rules changed.

The executive order halted these programs in order to reevaluate vetting processes, international visa waiver agreements and refugee resettlement policies. It also calls for research into refugee and immigrant involvement in criminal activity and terrorism.

While the order constitutes a temporary ban, it can be expanded to include additional countries or extended beyond the initial stated timelines. 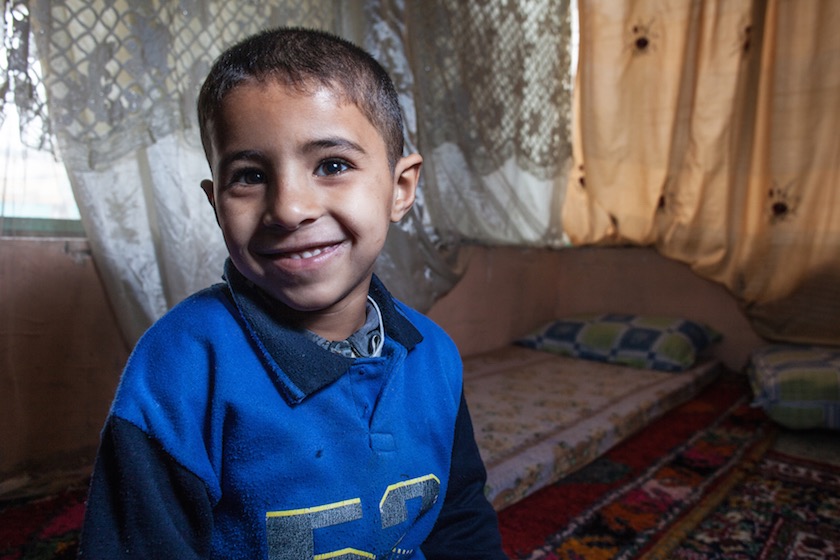 2. The order does not ban all Muslims, but some are still calling it a “Muslim ban.”

In a statement yesterday, President Trump responded to accusations that his order amounts to a “Muslim ban,” pointing out that there are over 40 Muslim-majority countries that are not affected. So why are some still referring to it as a “Muslim ban”?

The main reason is that the order contains a provision to consider exemptions for people from the seven targeted countries if they are religious minorities facing persecution. The seven countries on the President’s list are all Muslim-majority nations, which means only non-Muslims will be considered for exemption. In other words, everyone from these seven countries who is definitively blocked from entering the U.S. has one thing in common: They’re all Muslim.

Once the refugee program is reinstated, priority will continue to be given to religious minorities. At that point, Muslims could be considered for resettlement—if they’re a minority in their country of origin. However, most refugees at this moment in history are coming from Muslim-majority countries, which means it’s unlikely that many Muslims will be admitted under this provision.

Also, due to complex sectarian divisions within countries, many Muslims can still face persecution, even though they technically belong to the majority religion in their home country. Just ask Shia Muslims who lived during the Saddam era in Iraq, or any Sunni Muslim in Iraq today.

3. There are similarities—and some key differences—between President Trump’s order and President Obama’s actions in 2011 and 2015.

President Trump has compared the action he took to that of his predecessor. There was a period in 2011, during the Obama administration, when refugees from Iraq faced long delays, though they were never banned from entering the U.S.

Around that time, the government discovered a flaw in its vetting system, when two Al-Qaeda terrorists were identified in Kentucky as having entered the country posing as refugees. They were discovered when their fingerprints were matched in a newly-compiled database of prints taken off explosive devices in Iraq. In response, the government required all applicants to be re-vetted using the new database, and all subsequent applicants to go through tougher vetting. This delayed the process a great deal for many people, but the program was never suspended.

In 2015, in a bipartisan vote, Congress authorized the Visa Waiver Program Improvement and Terrorist Travel Prevention Act, requiring anyone who had traveled to or was a dual citizen of seven specific countries—the same ones included in President Trump’s order—to obtain visas before entering the U.S.

Despite allegations that President Trump chose which countries to target (and which to overlook) based on his business interests, the seven countries on his list actually came from the 2015 legislation. However, beyond sharing the same list of countries, the two pieces of legal action are quite different. 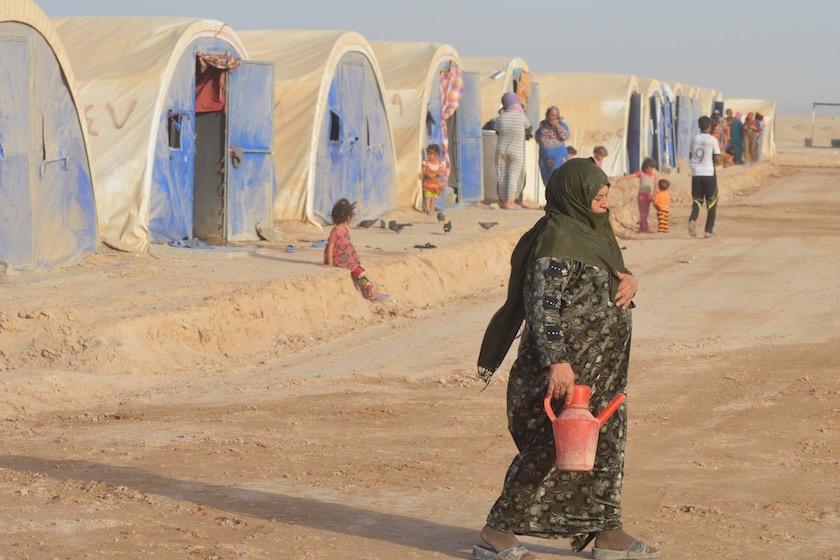 4. The order could impact our work in the Middle East—but it’s not yet clear how.

This week, Iraq’s parliament approved a “reciprocity measure” that, if approved by the prime minister, will prohibit Americans from entering the country. (Iran adopted a similar retaliatory measure on Saturday.)

To be clear, there is no travel ban in place right now that would prevent Americans from entering Iraq, and the Iraqi prime minister has yet to comment on parliament’s action. But if a travel ban is implemented, it could impact our American staff who’ve lived in Iraq for years and severely disrupt our work serving Iraqi families who are caught in the fight against ISIS.

It would be a cruel irony if a policy that halts refugees coming to America inadvertently made it more difficult for these same families to get help where they live now.

The President’s executive order could impact our work in other ways, too. For the last several months, we’ve gotten to know a displaced boy named Samir and his family. Samir’s leg was badly injured when he stood up to ISIS fighters, who doused him in gasoline and lit him on fire. (You can read his full story here.)

You’ve shown up for Samir in many ways over the past year—providing a sustainable source of food, regular deliveries of water, even connecting his family to an acclaimed surgeon to assess the damage to his leg. But Samir needs advanced surgery to fully recover, so he can walk without pain. 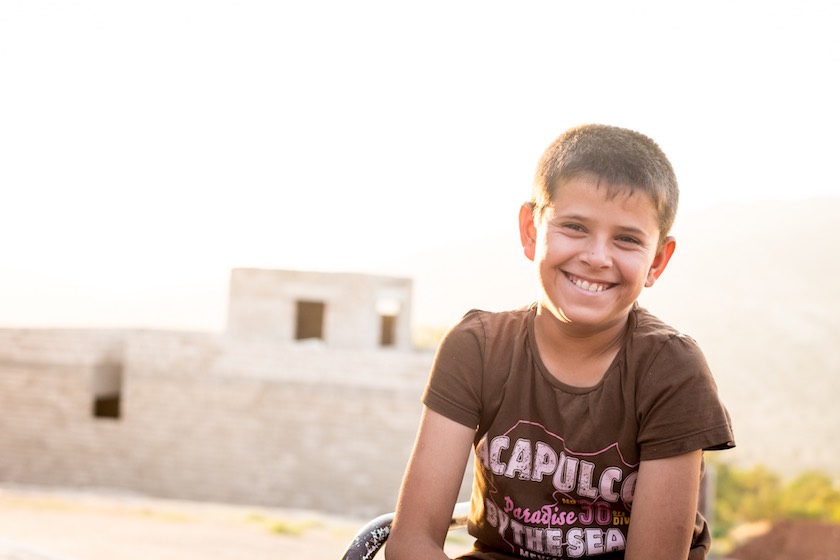 Samir’s best hope for getting that surgery was in America, and we were actively working to make that happen. But for now, at least, that door appears to be closed.

The ban also impacts local partners like the Iraq Health Access Organization (IHAO), who must travel regularly to the U.S. to meet with donors and other key partners. IHAO is led by a Fulbright Scholar who, after graduating from Columbia University, returned to Iraq to help her country rebuild from war. They’re an essential partner for much of our work in Iraq.

5. Vetting and compassion are not mutually exclusive.

Sometimes we get locked into strident, polarizing positions, as if our only choice is between opening our border completely in the name of love, or locking everyone out in the name of security.

Let us be clear: This is a false choice.

There are entirely legitimate reasons to insist on a careful, thorough screening process for those coming into the United States. Insisting on adequate security does not make you a “cold-hearted conservative.” Nor does insisting on compassion for refugees make someone a “bleeding-heart liberal.”

More importantly, we need to see beyond the dualistic, mutually exclusive categories of “us vs. them.” Our security versus their well-being.

What if, in reality, our well-being is tied up in theirs? What if our security is connected to theirs?

If that is the case, then we must find ways to pursue our mutual well being. And sometimes, that requires taking risks. This is what our team does regularly in Iraq and Syria when they travel to the literal front lines to deliver aid and love the people that no one else will love.

Now, we don’t take senseless risks—we always take precautions and make the best decisions we can. But we realize we cannot be truly well if we are sitting safely at home, knowing we could help those who are suffering, but choosing to do nothing about it.

We believe that some risk is worth it, if we can reach people, love them and meet their needs. That’s true in Iraq, and it’s also true in America. 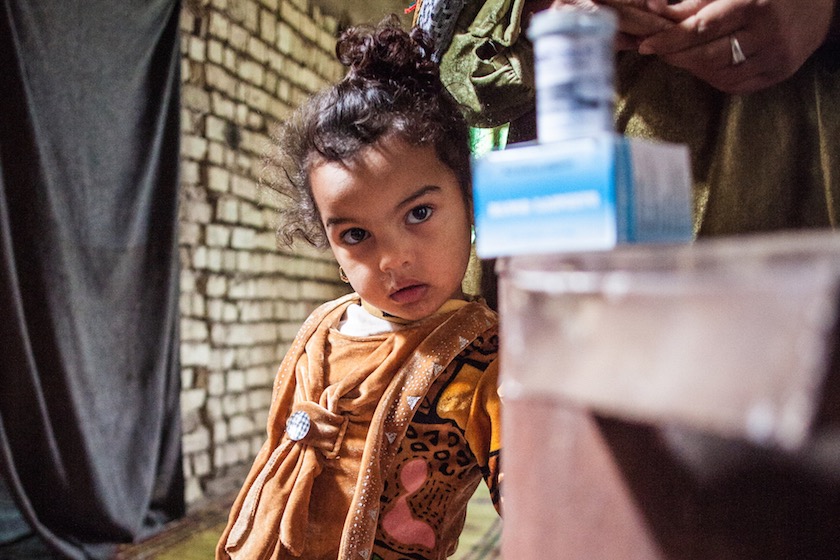 There’s more than one way to show up for refugees. If they can’t cross our borders—for the time being, at least—we’ll cross theirs. We’ll continue to find ways to help them survive, recover and flourish in their homelands, which is what the vast majority of displaced families want anyway.

Pelosi Pushes Back on Archbishop Who Denies Her Communion