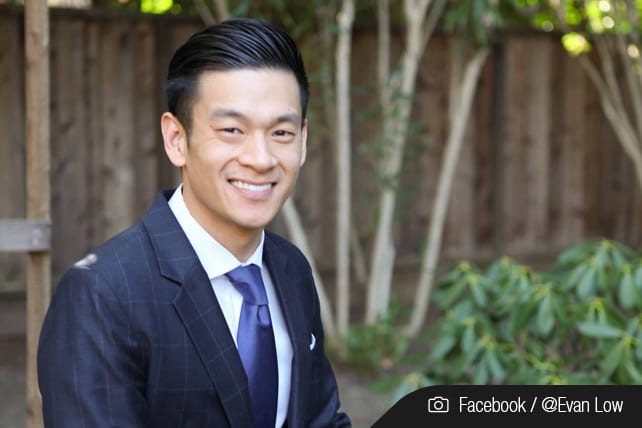 The author of a California bill to declare gay conversion therapy a fraudulent business practice has abandoned his effort for this year after a fierce outcry from the state’s religious community and unexpected dialogue and collaboration.

California Christians are calling it an answer to prayer.

Assembly Bill 2943 would have made it illegal to sell any service intended to change an individual’s sexuality or gender identity. The measure had already passed with large majorities in both the Assembly and Senate, with overwhelming support from Democrats, and was one vote away from the governor’s desk.

But Assemblyman Evan Low said Friday that, after meeting this summer with faith leaders, he would instead try again next year with a new version of the proposal they could feel more comfortable with.

Jonathan Keller, president of the California Family Council, a Christian organization that mobilized against the bill, said in a statement, “We are inexpressibly grateful to Assemblymember Low for meeting personally with faith leaders over the last several months and sincerely listening to our concerns.”

“AB 2943 would have tragically limited our ability to offer compassionate support related to sexual orientation and gender identity, and even to preach Jesus’ message of unconditional love and life transformation,” he said.

Earlier this week, Kevin Mannoia, chaplain at Azusa Pacific University, wrote an op-ed for The Orange County Register expressing his concerns about the bill with the hope that Low and the LGBTQ Caucus would hear him and others. Low said Mannoia “demonstrated good faith” with his column, adding, “Could this be an opportunity for transformational change, in which you can get outside of the typical culture wars and come together and work with them to craft language that they might be able to support?” Mannoia responded, telling the Los Angeles Times, “Trust can be built. It’s well on its way. Communication can happen. Collaboration can happen.”

Christian policy groups around the country also hailed the news.

A 2012 California bill banned the practice for minors, but only when it is offered by a licensed mental health provider. AB 2943 would have expanded the prohibition to adults 18 and older, and covered any commercially-available conversion therapy.

Low, who is openly gay, has asserted that these programs expose participants to damaging psychological abuse. He said in the statement that carrying the bill was deeply personal, because the confusion that he felt as a young man trying to understand his sexuality.

Religious groups vigorously opposed the legislation, which they considered an attack on their First Amendment freedoms. Some churches and other faith-based organizations offer programs that they say help individuals to overcome unwanted same-sex attractions.

Last week, a new peer-reviewed medical journal article debunking the key claims made in support of therapy bans began circulating. Critics of sexual orientation change efforts routinely assert that such therapy is ineffective (arguing sexual orientation cannot be changed) and that attempting it is harmful (driving clients into depression or even suicide).