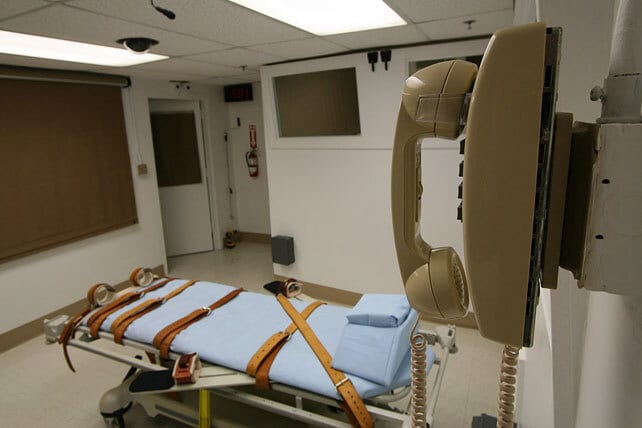 HOUSTON (AP) — Texas prisons have resumed allowing clergy as well as spiritual advisers in the death chamber, reversing a two-year ban created after the U.S. Supreme Court halted the execution of an inmate who had argued his religious freedom was being violated because his Buddhist spiritual adviser wasn’t allowed to accompany him, officials said Thursday.

The Texas Department of Criminal Justice’s decision to not allow clergy in the death chamber was criticized by death penalty opponents as well as religious leaders and advocates of religious freedom. The ban followed the high court’s March 2019 ruling staying the execution of Patrick Murphy, a member of the “Texas 7” gang of escaped prisoners.

In his concurring opinion in Murphy’s case, Justice Brett Kavanaugh wrote that “the government may not discriminate against religion generally or against particular religious denominations.”

A week after the execution stay in Murphy’s case, the TDCJ announced it would only permit prison security staff into the execution chamber. Texas previously allowed state-employed clergy to accompany inmates into the chamber, but its prison staff included only Christian and Muslim clerics.

On Wednesday, the director of the prison system’s Correctional Institutions Division signed a policy allowing an approved spiritual adviser or agency chaplain to be present in the execution chamber, said TDCJ spokesman Jeremy Desel.

“The agency worked closely with the Office of Attorney General and believes the revised policy will allow the TDCJ to carry out its statutory responsibility while still maintaining appropriate safeguards of the execution process,” Desel said in a statement Thursday.

Desel declined to comment on what prompted the change, only saying “it has been in the works for some time.” TDCJ’s revised policy was first made public Thursday by a reporter with The Marshall Project.

In July 2019, nearly 200 Texas faith leaders sent a letter to TDCJ asking it to reconsider its decision, saying that “placing a wall between a prisoner and clergy violates the religious liberty that has characterized our nation since its founding.”

The Rev. Rick McClatchy, field coordinator of the Cooperative Baptist Fellowship of Texas and one of the faith leaders who signed the letter, on Thursday praised the ban’s end.

“I belong to a faith tradition which values the practice of ministering to the executed. It was Jesus who modeled this type of ministry to the men being executed with him. My American civic values also lead me to believe that even those condemned to death and the faith leaders who advise them are guaranteed the right to the free exercise of religion,” McClatchy said in a statement.

The Supreme Court’s decision in Murphy’s case followed a similar appeal in February 2019, when the court ruled Alabama could execute Dominique Ray, a Muslim inmate, without his Islamic spiritual adviser present in the chamber. The court’s decision in Ray’s case was criticized.

After the Ray case, the high court ruled to delay the executions of several inmates — including Murphy, Ruben Gutierrez, another Texas inmate, and Willie B. Smith III in Alabama — who had also been denied the presence of clergy or spiritual advisers. In Smith’s case, Alabama also later changed its procedures to allow spiritual advisers in the execution chamber.

Robert Dunham, executive director of the Death Penalty Information Center, said the Supreme Court is telling states they must allow clergy or spiritual advisers in death chambers if they want to prevents problems with carrying out executions.

Most states don’t have any provision in their execution protocols for spiritual advisers to be present, said Dunham, whose group takes no position on capital punishment but has criticized the way states carry out executions.

“This is something that a state can solve by simply doing the decent thing and allowing a condemned prisoner to have the religious comfort of a spiritual adviser who shares his faith,” he said.

Dunham said he thinks Texas’ change in policy was done for practical reasons as the only execution stays the Supreme Court has granted in recent years have been related to issues of religious practice or discrimination.

“I don’t think Texas was animated by a spirit of humanity. But the (prison system) clearly understood that this was a way to make executions happen,” he said.