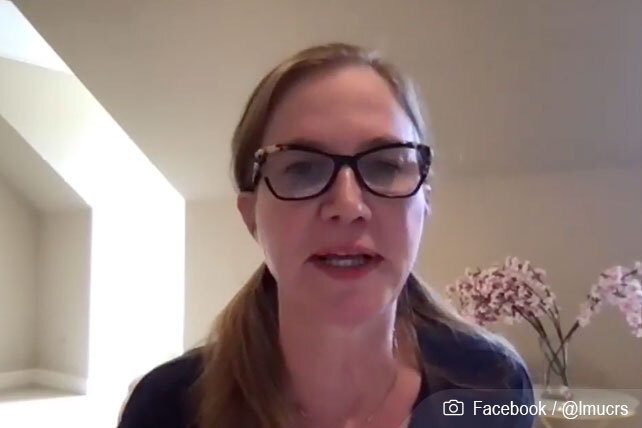 (RNS) — Hosting a panel on vaccine misinformation, Jeannie Gaffigan didn’t mention her Emmy-nominated comedy writing or the sitcom she produced based loosely on her life. She introduced herself simply as a “normal mom of five.”

Surrounded by Zoom boxes featuring medical experts, Gaffigan, wife of Catholic comedian Jim Gaffigan, gave her credentials simply as “concerned mother.” The panel’s attempt to reach vaccine hesitant Catholics began with the question: What makes information — and the authority behind it — trustworthy? Is it shared experience, shared faith, or is the scientific evidence enough?

Gaffigan collaborated with Loyola Marymount University in Los Angeles to host a virtual panel on Tuesday (Aug. 31) directed specifically at Catholic audiences. The panel, titled “Vaccines Are a Life Issue,” examined the most widespread pieces of vaccine misinformation and walked the audience through responses to each.

In late July, Gaffigan issued a call-out on Twitter, seeking Catholic doctors and scientists who could talk about why the COVID-19 vaccine was what she called a “pro-life” issue.

Gaffigan wanted to address the COVID-19 vaccine hesitancy she was seeing among religious folks across social media. Some were referring to it as the “mark of the beast.” Others were concerned over whether the vaccine increased the risk of miscarriages and infertility, which research has shown is not the case.

Gaffigan opened with asking panelists what made them qualified or trustworthy.

“We’ve lost our ability to trust anything because of all this craziness going on in the world,” said Gaffigan.

The first speaker, Dr. Daniel Chavira, an emergency department doctor in Los Angeles, said he was disturbed by polling that showed public trust in nurses and doctors has weakened. “We’re still out here taking care of you,” he said.