The pope’s visit comes as European countries overall are adopting tougher stances on migration from Muslim-majority countries in response to a new wave of refugees fleeing Afghanistan after the Taliban seized control of the country this summer. In the past, Muslim immigrants’ presence in Europe has caused consternation among some Christians — in a Pew Research Center survey conducted in 2017, about 27% of European Catholics and 20% of European Protestants said they felt like strangers in their own countries due to the number of Muslims present there.

After his first trip to Lesbos in 2016, Francis brought three families of Syrian refugees back with him to Rome — all of whom were Muslims. To mark his recent visit, Francis plans to have 12 asylum seekers from Cyprus relocated to Italy, according to the Associated Press. 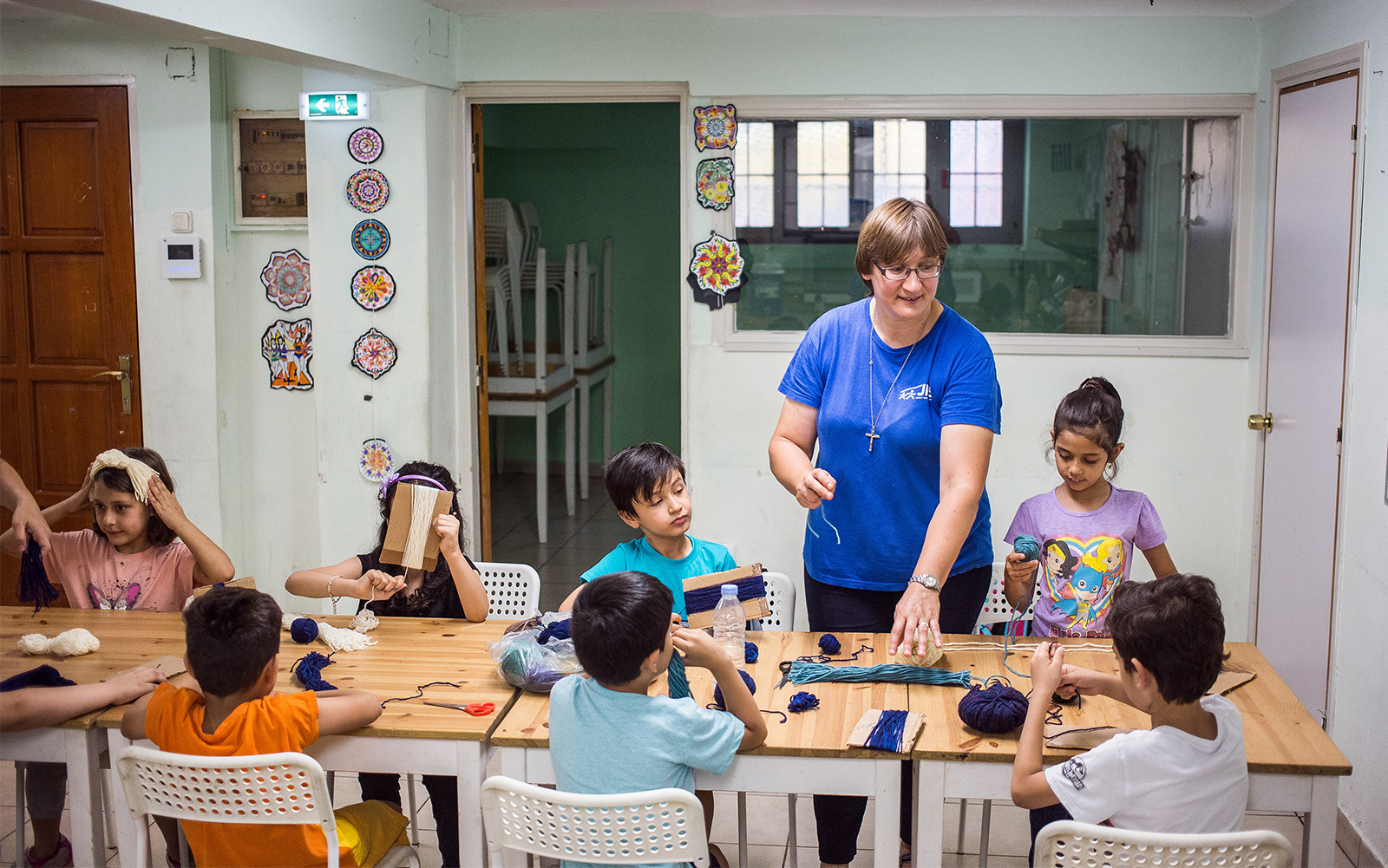 Of course, studying data on religiosity can only reveal part of the picture. On an individual level, the faith-driven impulse to care for migrants has the potential to radically alter a person’s life. This is what happened to Ewa Pliszczak, a Polish-born Catholic sister who had worked as a youth counselor in the United Kingdom since 2002.

After several encounters with refugee families she had met through her religious congregation, The Missionary Sisters Servants of the Holy Spirit, Pliszczak felt called to do more. So she packed her bags and moved 2,000 miles to Greece to volunteer with Jesuit Refugee Service (JRS).

Whether she’s interacting with refugee children in Athens’ Victoria Square or chatting with parents who stop by JRS’ donation center to pick up clothing, shoes, diapers and toys, Pliszczak said she is constantly thinking of the story of the Good Samaritan — a parable Jesus told about a man who goes out of his way to care for a stranger in need.

“This passage is echoing in my heart daily, ‘Who is my neighbor today?’” she said.

Pelosi Pushes Back on Archbishop Who Denies Her Communion