(RNS) — A cannabis church in Southern California — which was shut down by the county of San Bernardino over accusations it was illegally functioning as a dispensary — is taking its fight to reopen to the state Supreme Court, arguing that it uses cannabis for religious healing.

After the case was dismissed by a lower court, attorney Matthew Pappas petitioned the California Supreme Court on Thursday (Oct. 20) on behalf of April Elizabeth Mancini, a minister of the church.

“Religious rights are important and they’re important to the members of that church,” Pappas told Religion News Service. “I’m not sure the California Supreme Court will make the ultimate determination. I think it might require us to go to the U.S. Supreme Court.”

Jah Healing Kemetic Temple of the Divine Church, which has its primary place of worship in Big Bear, California, claims it’s Christian and “believes that the fragrant cane ingredient of the holy anointing oil described in Exodus 30:22 is cannabis,” according to the petition.

The church is part of the Sacramental Life Churches, an organization with an ecclesiastic form of government led by a board of ministers. It had a central place of worship, ordained ministers, regular Sunday services and “a distinct form of religious practice, literature about its beliefs and books of scripture,” the petition reads.

The church has had a rocky history, according to local news reports. 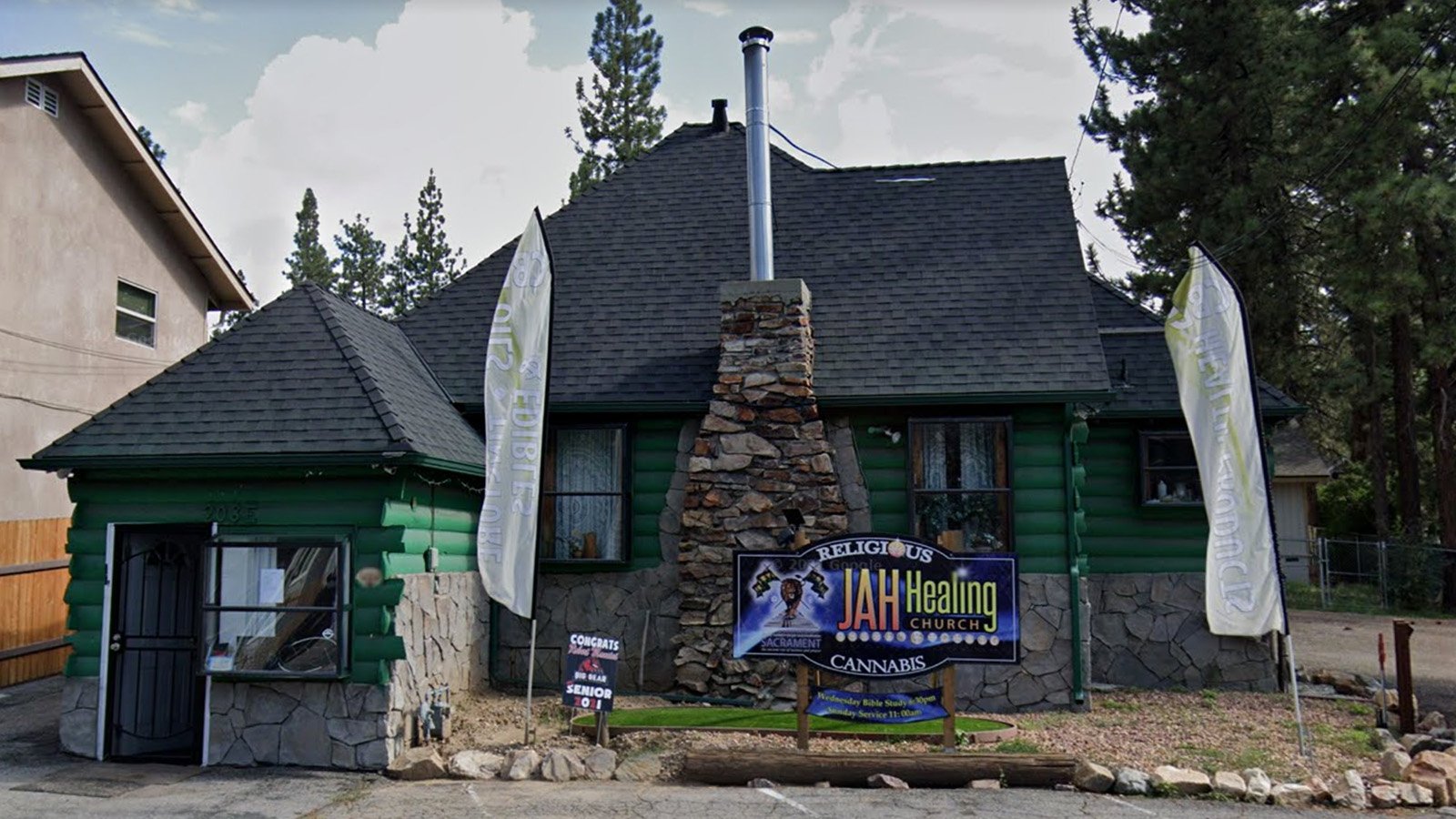 It received a notice of violation and later a citation at a previous location after a code enforcement officer “saw a sales room inside the church” for cannabis, according to The San Bernardino Sun. It was also raided by San Bernardino sheriff authorities after residents complained about its present location. Authorities found jars stuffed with cannabis and cannabis-infused drinks and edibles, the news agency reported.

The church was sued by the county in 2018 and shut down after a judge in 2020 ordered a permanent injunction.

The petition argues that the county has never had a problem with churches that bless wine or ayahuasca as sacraments, yet “it has consistently and regularly surveilled, entered-into, and interfered with the JAH church resulting in the Church’s closure,” the petition reads.

According to the petition, a trial court stated that while church members could consume and possess cannabis for religious purposes, the church “could not provide blessed cannabis sacrament to its members even as part of its rituals and ceremonies.”

And, on Sept. 13, an appellate panel concluded that the county’s actions did not “substantially burden” the religious exercise rights of the church, according to the petition.