Steph Curry thought he was fouled and let the ref know about it by throwing his mouthpiece at him. Well, maybe not at him, but in his general direction. That was enough to get him ejected and bring on the predictable social media responses funnelled at the superstar—who also happens to be outspoken about his Christian faith.

No excuse for that! Gotta remember who I am playing for…

This confession drew a line in the sand as two armies gathered on each side, preparing for yet another Twitter battle.

One side features the “Give Him a Break” crowd.

Don't worry, Steph. We can get angry when we are so passionate about things. We all know you're a great role model, too. #DubNation

It happens to the best of em, push forward & rise above❤️💙💛🏀

Lining the other side, the “How Dare He” crowd.

You're not a very good role model getting ejected

How am I suppose to explain to my son that his favorite basketball player got ejected tonight unreal. This was very traumatizing to him

Unfortunately, this stand-off represents a similar script for any Christian athlete who stumbles—let alone one with such an enormous platform. Given the frequency of this occurrence, we desperately need some perspective. Without it, we will continue spinning together in the same hamster wheel of craziness.

Let’s get this out of the way to start: Curry should not have acted the way he did. He knows it. He acknowledged it, apologized, and will move on. But can we?

Taking the posture of “A real Christian would not/should not do that or he is such a hypocrite” becomes a dangerous position to hold, evidencing a failure of perspective on multiple levels.

Romans 3:23 is pretty clear when it says “For all have sinned and fall short of the glory of God.” Athletes fall under the category of “all” too. We can be hopeful that the Christian athletes we cheer for will refrain from sin and strive towards obedience. We can even be disappointed when they fall short. But to have a heart of anger that self-righteously screams (or even whispers) “Some Christian he is” shows a misunderstanding of our human nature.

Let’s be very careful when we call Curry—or any other Christian for that matter—a hypocrite. The Merriam-Webster dictionary defines the word hypocrite as a person who claims or pretends to have certain beliefs about what is right but who behaves in a way that disagrees with those beliefs. A hypocrite is someone who consistently says one thing and does something different. We have culturally whittled down the meaning to represent anyone who ever does something inconsistent with their belief system. One strike and you’re out.

With that definition, which one of us does not struggle with hypocrisy? Certainly not me!

The Apostle Paul documents his wrestle with it in Romans 7:15-24:

I once heard a pastor give an outstanding defense for Christians being called out as hypocrites. He said, “You’re absolutely right. We are hypocrites. Especially me. But thank God for the Gospel of Jesus Christ that offers us forgiveness when I don’t live up to his standards!”

A failure to understand the realities of sport

Athletes ride the roller coaster of emotion every time they compete. Aside from dealing with their opponent, they also have to manage the crowd, referees, and their own mistakes. On top of all that, for athletes like Curry, everything they say and do is caught on camera.

How would you do if the camera was on you?

If you are a builder, how do you respond when you slam a hammer down on your finger or you realize that the wall you just built is not square?

What if you are a financial advisor and the stock market sees a significant dip?

Or a doctor whose patient decides to ignore your instructions?

How about just a homeowner that deals with the reality of flooded basements, the need for new shingles, leaky faucets, or a broken AC unit?

How do you respond when things go poorly in your life? What if their was a camera fixated on you, just waiting to catch your frustrated response?

A failure to celebrate the fact that he showed remorse

In Luke 15, Jesus tells the story of the prodigal son. The guy who takes his father’s money way too early and goes off to spend it all in another land. He finally comes to his senses and realizes he made a huge mistake. On his way home, he rehearses how he is going to apologize to his father. Dad sees him in the distance and sprints towards him. Before the son can even give his rehearsed lines the father starts calling everyone in the house to throw a party: “My boy is back!”

The older brother is ticked. Why should this bum get a party thrown for him? He screwed up!

The older brother fails to celebrate with the rest of the family, choosing to live in bitterness. Let’s make sure that when athletes repent, we join the party.

A failure to recognize that the foundation of the Christian faith is not perfection, but forgiveness

A Christian fan having a posture of anger or self-righteousness towards Curry is tragic—especially after he admitted his mistake. Can you see the irony? Our entire faith system as Christ-followers is built upon the idea of forgiveness. Why is it so difficult to find when human situations call for it—especially among Christians?

He did not sin against you, so you do not need to extend forgiveness towards him. But you do need to understand that his sin does not make him any less of a Christian. In fact, the whole incident shows he has Biblical understand of exactly what it means to follow Christ!

In a culture where Christian athletes are often celebrated for appearing morally excellent—and rightfully so!—I applaud Curry for giving us a picture of what Christianity is actually about: Falling short, repenting, and moving forward with a clean slate.

I stand with Curry as a Christian. Not perfect by any means—just forgiven. 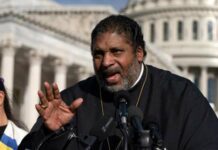 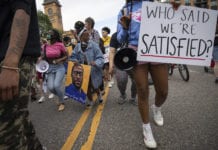 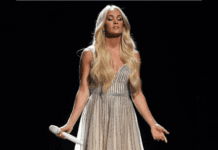 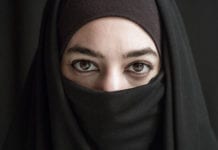 Once a Persecutor, Now a Christ-Follower — Former Muslim Finds Jesus During Ramadan 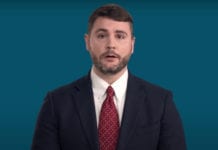 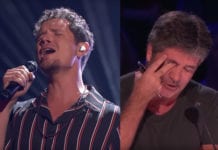 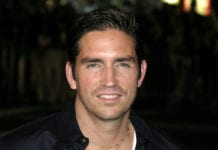 Jim Caviezel: Passion Sequel to Be ‘biggest film in history’ 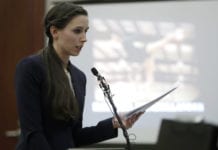 Rachael Denhollander’s Courage to Show Us a Way Forward 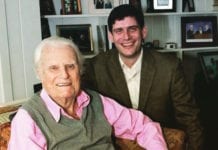 Grandson Will on Playing Billy Graham in Upcoming Film 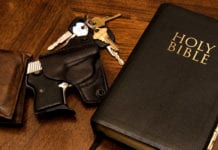 Pastor, Will You Allow Guns in Your Church?