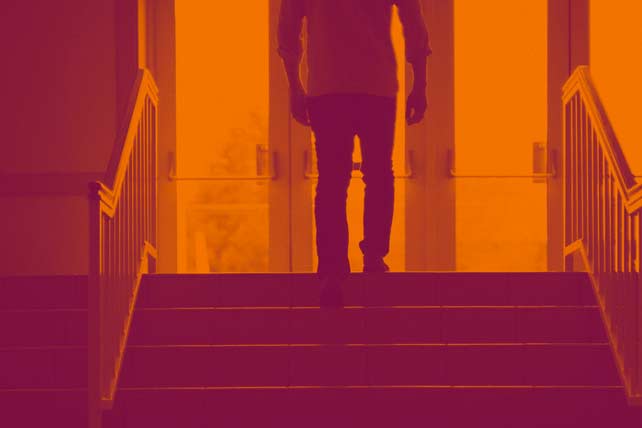 Do your neighbors go to church? If not, do you know why? Their reasons are probably not the ones you’d expect. New research reveals why people leave churches and what you and your church can do to help them return to the Church.

The e-mail subject line simply read “uh-oh.” Hesitant to open the message from his friend Justin, Erik reluctantly clicked to see only a link. Again, he clicked. Up popped an article on a popular news Web site about yet another controversy in the evangelical Church.

Erik wasn’t angry. In fact, he was well acquainted with his friend’s cynicism about the Church. Quickly, he typed a pithy response: “And what are you going to do about it?!”

But before he hit “send,” a nagging feeling in his gut suggested that his clever reply wasn’t the best response. Instead, he took the high road and once again ignored his friend’s quips.

Justin is like many people. While he once faithfully attended a local church, he no longer goes. He claims he’s a Christian, disillusioned by the problems he’s seen in his local church and other churches. He hasn’t darkened the door of a sanctuary in several years.

Recently, LifeWay Research conducted a survey of formerly churched adults in America, hoping to uncover certain trends about the de-churched. While our results gave a great deal of insight into the minds of the formerly churched and why they left, they also revealed some common themes on how to bring them back. Our findings were cause for both worry and encouragement.

Most of us know someone like Justin who no longer attends church. And it’s no surprise that the U.S. Church is in a general state of decline. The magnitude of the decline, however, is staggering. Of the 300 million people in the United States, fewer than 20% regularly attend church. And our research suggests that close to 7.9 million people may be leaving churches annually. Crunch the numbers, and you realize that our churches are probably seeing more than 150,000 people walk away each week!

Why did they leave?

The overwhelming numbers of this exodus motivated us to discover the reasons behind it. Our research revealed several common themes as to why such a sizable segment of the local church body is choosing the exit door.

Change in life situation
The number one reason for leaving church is a life change that prompted people to stop attending worship. In fact, almost 60% of de-churched people said that some adjustment to their lives is the primary reason why they no longer attend church.

Specifically, one-third of the formerly churched believe they are simply too busy for church. To them, life changes—often family or home needs—are as important or more important than attending a local church. Several people reported that family responsibilities were causing them to feel too busy to attend church. And women (64%) are more likely than men (51%) to feel this increased pressure from home responsibilities.

One of the more surprising results about the formerly churched was the tendency to blame a physical move away from their home church as a reason for not returning to any church. About 28% of those reporting lifestyle changes said that a move to a new location caused them to stay away from the Church. Such a reason for leaving the Church demonstrates a great need for more outwardly focused churches. When a person or family moves to a new place and feels no motivation to join another church, it’s up to congregations within that community to reach out to them.

Disenchantment with the church
Like Justin, a number of the de-churched claim they’re disenchanted with the current state of their church. And 37% say this disillusionment is one of the primary reasons for leaving. Perhaps even more surprising than this percentage are the reasons for their cynicism. One major factor is their view of the pastor. They perceive the pastor to be judgmental, insincere, and lacking good preaching abilities.

It’s interesting to note that only 15% of those who feel displeasure with the church say it’s due to a moral or ethical failure of the church leadership. While the local and national press often have a field day with moral breakdowns of pastors, that’s not a major contributing factor to people deciding to leave the Church.

In 1 Cor. 1:10, the Apostle Paul urged the church to preserve unity, having “no divisions” within the body. Our research shows that unity is key in the success of a church maintaining a healthy percentage of its members. If church members hold grudges against each other and don’t seek to sustain harmony within the body, people will leave. In fact, of those who said the church is unloving, many left because they didn’t believe God was at work within it. Clearly, for God to use a local body for His glory, it must keep a balance of unity and love.

Not Christians
One of the biggest mission fields may be the people sitting in your church every week. While no one will ever know exactly how many attending worship are believers, many are leaving the Church because they were never Christians in the first place. Our survey found that about a quarter of people leaving the Church expressed a change in beliefs or simply lost interest in religion. Of that group of people, 62% stated that they had stopped believing in organized religion altogether.

Don’t miss the enormity of this issue. Not only are people leaving the Church, but many are coming in and out your doors without meeting Christ. Inevitably, some will simply refuse to accept Christ no matter how evangelistically healthy a church becomes. But a large group of people, possibly tens of thousands who could be reached for Christ, are leaving the Church.

How They Can Return to the Church

Without a doubt, the American Church has a major problem as millions of people leave each year. But we think there’s a reason to remain optimistic. The second portion of our research focused on how the Church can bring these people back into a local body. What we uncovered were some simple, yet exciting factors that could help people return to the Church.

First and foremost, a considerable number of the de-churched said they’re willing to come back. While many are not actively seeking a church now, a large majority (62%) is open to the idea of returning. Conversely, only a small minority (28%) of the formerly churched is unlikely to consider returning in the foreseeable future. So these findings should be a huge encouragement to you. The question is what specifically can we do to see them return?

The power of the invitation

Perhaps one of the most underestimated reasons people return to the Church is that someone simply invited them back. Overall, 41% of the formerly churched said that they would return to the local church if a friend or acquaintance invited them. Younger adults are even more influenced by the power of the invitation. Approximately 60% of those 18–35 would consider returning to church if someone they knew asked them to come back.

A simple, yet powerful invitation is all it may take to prompt a homecoming for the dechurched. Is your church equipping people to invite others back? When someone strays from the church, friends and family should be there to encourage him or her to return.

Almost a third of the formerly churched mentioned that if they were to return to church, they would want to be part of a local body where they can make a difference. By and large, people within the church are more fulfilled in ministry when they sense that God is using them. And churches with high expectations of their members are more likely to draw people back into the fold. The de-churched may have left due to insincerity, but it’s the high standards and expectations that draw them back. People want to serve and know that they are contributing something significant. Making new members aware that the bar is set high for their contribution does not deter but rather motivates them to be a part of the local church.

While simply inviting a friend back or letting someone know he can personally make a difference are practical ways to bring people back to the Church, two of the top three motivating factors for returning are spiritual in nature. First, almost half of those who are considering returning to the Church said that they would do so because they feel it will bring them closer to God. Second, not only do people return to the Church because God is working in their hearts, but also because they sense a void in their lives. Over a third of the de-churched said that they would return to fill the emotional and spiritual gaps they’ve felt since leaving.

The third motivating factor for those returning to the Church is to be around those who hold similar values. Almost one-third said they’d want to return to a church in which people held the same moral standards as them—something to think about if your church is wrestling with how it will stand on moral issues. A church that compromises in that area only deters anyone who’s looking to the Church for both high standards and people with similar values.

The present reality is that too many people are walking away from our churches. But we’re optimistic about the future. We frequently hear about churches that are actively seeking ways to bring people back into a local body. And we know that while de-churched people like Justin are all too common, they may also be only one small step away from being de-churched to becoming re-churched.

6 Surprises About the De-Churched

The de-churched are not mad at the Church. While many within the Church might view someone’s departure as a sign that they’re angry, that’s not the case. Very few of the formerly churched expressed hostility toward the local body.

• Young adults return out of obedience to God. Almost half of those aged 18 to 35 cited that reason. Today’s younger generation is sometimes viewed as rebellious or shunning God. While rebellion certainly applies to some, a large segment of young adults are returning for spiritual reasons.

• The second visit is crucial among those who return to the church. Almost two-thirds of the de-churched maintained that they would like to remain anonymous until their second visit if they were to return. While our churches should remain amiable and open to all guests, perhaps we should focus on second and third-time guests as much as first-timers.

Copyright © by Outreach magazine. All rights reserved. Used by permission.