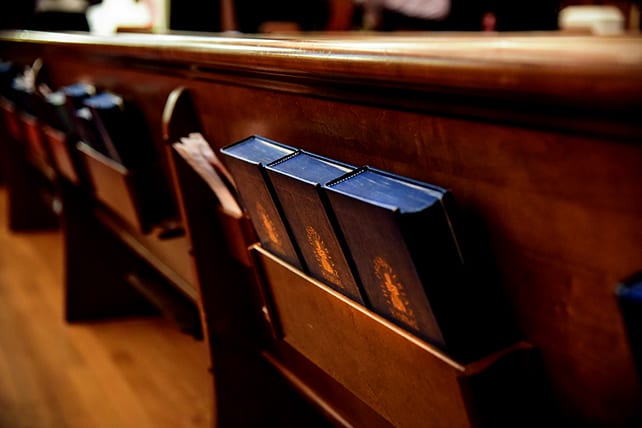 John is one of the Dones even though he’s every pastor’s dream member. He’s a life-long believer, well-studied in the Bible, gives generously and leads others passionately.

But last year he dropped out of church. He didn’t switch to the other church down the road. He dropped out completely. His departure wasn’t the result of an ugly encounter with a staff person or another member. It wasn’t triggered by any single event.

John is one in a growing multitude of ex-members. They’re sometimes called the de-churched. They have not abandoned their faith. They have not joined the also-growing legion of those with no religious affiliation—often called the Nones. Rather, John has joined the Dones.

At Group’s recent Future of the Church conference, sociologist Josh Packard shared some of his groundbreaking research on the Dones. He explained these de-churched were among the most dedicated and active people in their congregations. To an increasing degree, the church is losing its best.

For the church, this phenomenon sets up a growing danger. The very people on whom a church relies for lay leadership, service and financial support are going away. And the problem is compounded by the fact that younger people in the next generation, the Millennials, are not lining up to refill the emptying pews.

Why are the Dones done? Packard describes several factors in his upcoming book Church Refugees (Group). Among the reasons: After sitting through countless sermons and Bible studies, they feel they’ve heard it all. One of Packard’s interviewees said, “I’m tired of being lectured to. I’m just done with having some guy tell me what to do.”

Will the Dones return? Not likely, according to the research. They’re done. Packard says it would be more fruitful if churches would focus on not losing these people in the first place. Preventing an exodus is far easier than attempting to convince refugees to return.

Pastors and other ministry leaders would benefit from asking and listening to these long-time members before they flee. This will require a change of habit. When it comes to listening, church leaders are too often in the habit of fawning over celebrity pastors for answers. It would be far more fruitful to take that time and spend it with real people nearby—existing members. Ask them some good questions, such as:

It’s time to listen. Even as I’m writing this today, another high-capacity lay leader emailed me with his decision to leave his church. He’s done. Like many others I know, he’s also a nationally known Christian leader. But he’s done.

Your church, even if it’s one of the rare growing ones, is sitting on a ticking time bomb. The exodus of the Dones, the rise of the Nones and the disappearance of the Millennials do not look good for a church afraid to listen.

It’s not too late to start.