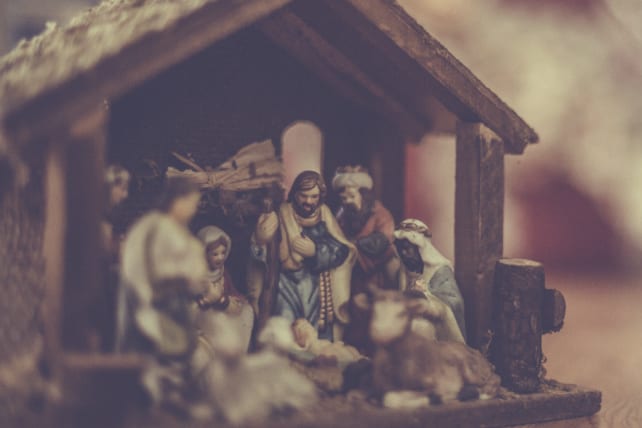 Imagine a large home filled with guests who have come to celebrate the birthday of a beloved friend. Let’s call him Jesse. Scores of acquaintances, work associates, neighbors and family members gather. The volume is quite deafening as individuals reconnect, recollect and rejoice in the excitement of the occasion.

Somehow as the night unfolds, everyone becomes so engaged in the activity they forget all about the “birthday boy.” There is no song, no cake, no card or gifts for him to open—but everyone still has a jovial time.

Another oddity occurs. People actually bring presents to the party—but they are designated for others in attendance. The gifts are opened cheerfully. Each one reflects the great care, thoughtfulness and sacrifice of the giver and is thoroughly appreciated by the recipient.

To add insult to injury, a few people do finally pause to remember Jesse, after the crowd has dissipated—but it feels almost like an afterthought. They remember to grab his gifts from the car—but Jesse has the distinct feeling that the presents are impersonal and spur-of-the-moment. After all is said and done, Jesse did not even receive anything he really wanted for his birthday.

As the last guest leaves, Jesse turns to his wife with a look of obvious disillusionment. His wife tries to comfort him. “Sorry Jesse, we all just got carried away. I guess we kind of forgot why we all got together.” Jesse wanders off to bed dejected, almost wishing this day had never happened. It all seemed like a very strange way to say “Happy Birthday.”

This fictitious story does sound curiously familiar. It may reflect the reality of how we say “Happy Birthday” to Jesus all too often. Let’s consider some alternatives and more appropriate ideas about how to observe the birth of Jesus Christ, by looking at a group of Christ-honoring celebrants who got it right.

Gifts Fit for a King

If forced to choose, I would probably select the Magi as my favorite characters in the Christmas story (other than baby Jesus, of course). In a sense, they are the antithesis to our opening story about Jesse and his guests.

These mysterious sages understood a reality that entire societies of the day missed. It was someone’s birthday. The wise men knew it was someone special, evidenced in their words, “Where is He who has been born King of the Jews? For we have seen His star in the East and have come to worship Him” (Matthew 2:2).They later quoted their study of the Old Testament prophet Micah when they described this newborn as “a Ruler who will shepherd My people Israel.” That passage in Micah 5:2 further states that this Ruler would be one “whose goings forth are from of old, from everlasting.” The Magi knew this was no ordinary child.

When the Magi’s journey ended, they found the “child” in a “house” (which may indicate they arrived months after His birth, perhaps up to two years later). In any case, they did not arrive empty-hearted or empty-handed. Filled with joy, the Magi brought thoughtful and significant gifts, worthy of a King, a Priest, and a Savior. Gold represented royalty. Frankincense was connected to worship. Myrrh was used to embalm the dead. These grown, dignified scholars fell on their faces in the presence of the little boy who was the King of Kings and honored His birthday the right way. In so many ways, these Magi are the model for our best Christmas celebrations.

Filled with joy, the Magi brought thoughtful and significant gifts, worthy of a King, a Priest and a Savior.