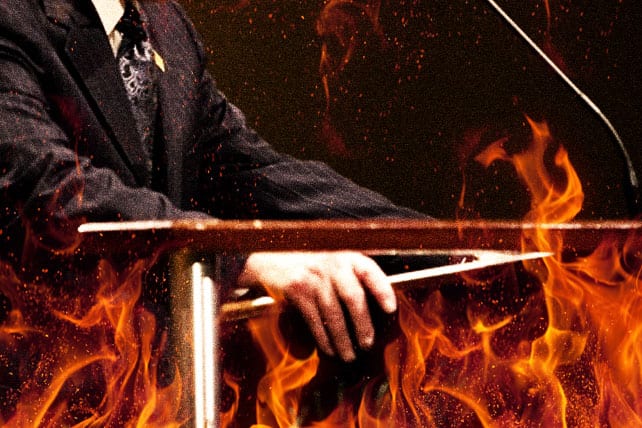 What does the Bible teach about the doctrine of hell?

To ask this question is to acknowledge that hell is a biblical teaching. That is an appropriate starting point for considering the doctrine of hell.

A discussion about hell is not like a discussion about purgatory. Scripture nowhere states, affirms or implies purgatory exists. It is a construct of Roman Catholic tradition, not a teaching of scripture. The doctrine of hell, however, is clearly a biblical teaching.

The Doctrine of Hell

The doctrine of hell is not just about hell. It is inextricably woven into the fabric of Christian truth. What the Bible teaches about the authority of scripture, the character of God, the consequences of sin, the redemptive work of Christ, the message of the gospel, the mission of the church, and the reality of the afterlife would all be irreparably damaged without it.

It is essential that professing Christians seek a biblical understanding of the doctrine of hell. For that matter, non-Christians should also seek to understand what the Bible says about hell.

The good news of the Lord Jesus Christ is God’s response to the bad news of eternal punishment for personal sin. Saving-faith in the finished work of Christ at the cross guarantees the hope of heaven. Without Christ, every person will suffer the torments of God’s holy wrath against sin in hell forever.

First and foremost, the Bible teaches that hell is real. Scripture refers to this place by different names. But the Bible is clear that there is a definite place where unrepentant sinners will spend eternity under the wrath of God. This place called hell was created by God. But he did not create it for humanity. Jesus described hell as “the eternal fire prepared for the devil and his angels” (Matthew 24:41). Because of humanity’s Fall into sin, hell became the final destination of the unrepentant and unforgiven sinner.

If asked why I believe hell is a real place, I simply answer, “I believe in hell because Jesus believed in hell.” Jesus obviously understood hell to be a real place. Jesus talked about hell literally, regularly and dramatically. In fact, Jesus said more about hell than he did about heaven. More people believe in heaven than believe in hell. But the Bible does not give us the option to believe in one and disbelieve in the other. Hell is as real as heaven.

Jesus has the most to say about hell in the Bible. If you can somehow disprove or discredit what Jesus says about hell, how can you trust anything the Gospels record Jesus to say about himself, God, sin, salvation, heaven, eternity or anything else?

To deny that the Bible teaches hell is not to deny hell. It is to deny scripture. The Bible intentionally paints itself into a corner. The Bible does not claim to merely contain God’s word. The Bible claims to be the word of God. It is an all-or-nothing proposition. If Scripture is God-breathed (2 Timothy 3:16), all of it is true. If only selected parts of the Bible are actually God’s word, nothing the Bible says is trustworthy. Therefore, to knock down the door to get hell out of the Bible is to knock down the whole house of Christian truth.